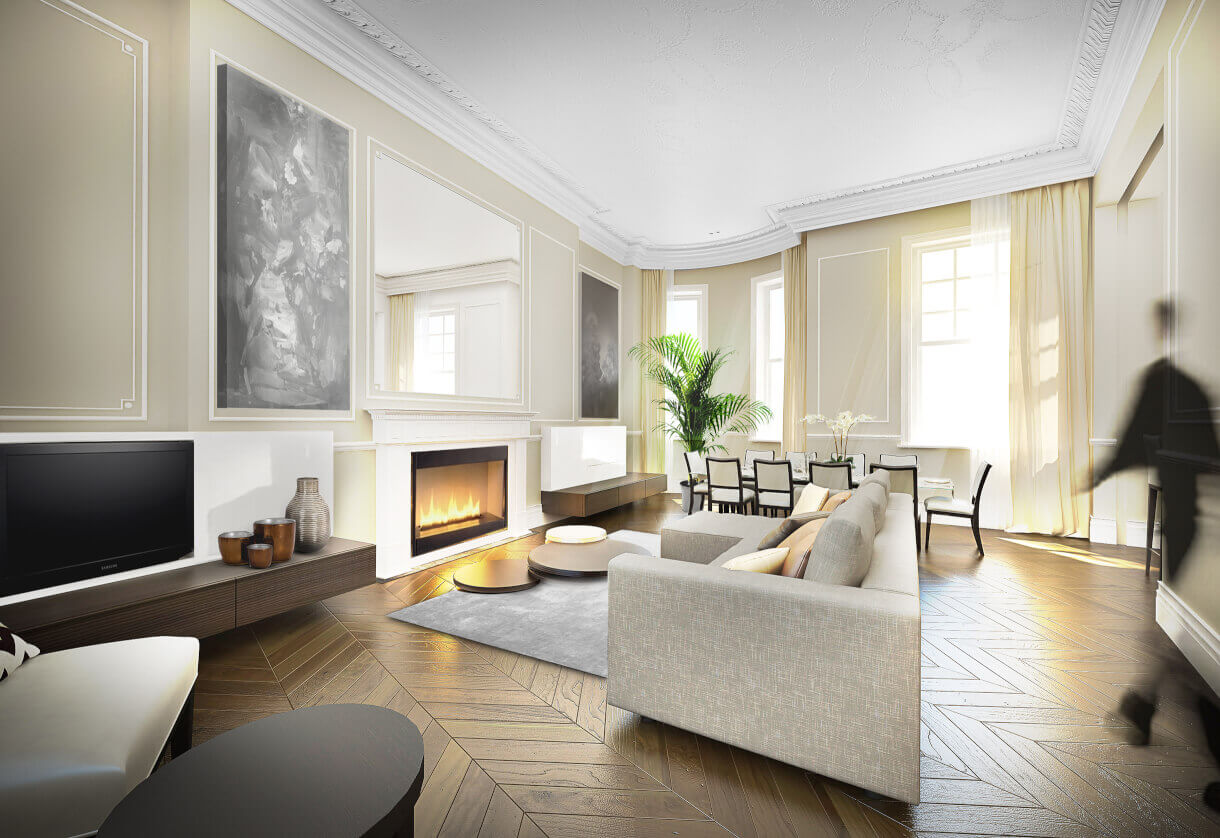 This refurbishment in Knightsbridge sought to bring a refined elegance to a traditional mansion house apartment. The building itself is a local landmark, a Grade II* listed brick and terracotta structure set alongside the Royal Albert Hall. A grand entrance hall leads to generously sized apartments that are characterised by high ceilings, elegant proportions and exquisitely detailed panelling and mouldings.

NLS was approached to update and refine the existing apartment, reintroduce the progressive spatial sequence through the rooms and juxtapose contemporary fixtures and fittings with the original features. The 250 square metre apartment was redecorated and restored, with particular care given to the relationship between old and new, as well as the colour palette on the walls and doors. All decorative features had to be retained and brought back to their original condition, and furniture and bespoke fittings were tailored to match the proportion of existing alcoves and fireplaces.

New inserts into the bathroom, kitchen and living areas were seamlessly installed, with subtle modern joinery designed to match the existing features. The end result evokes the ambience of a grand town house within the relatively small scale of an urban apartment. 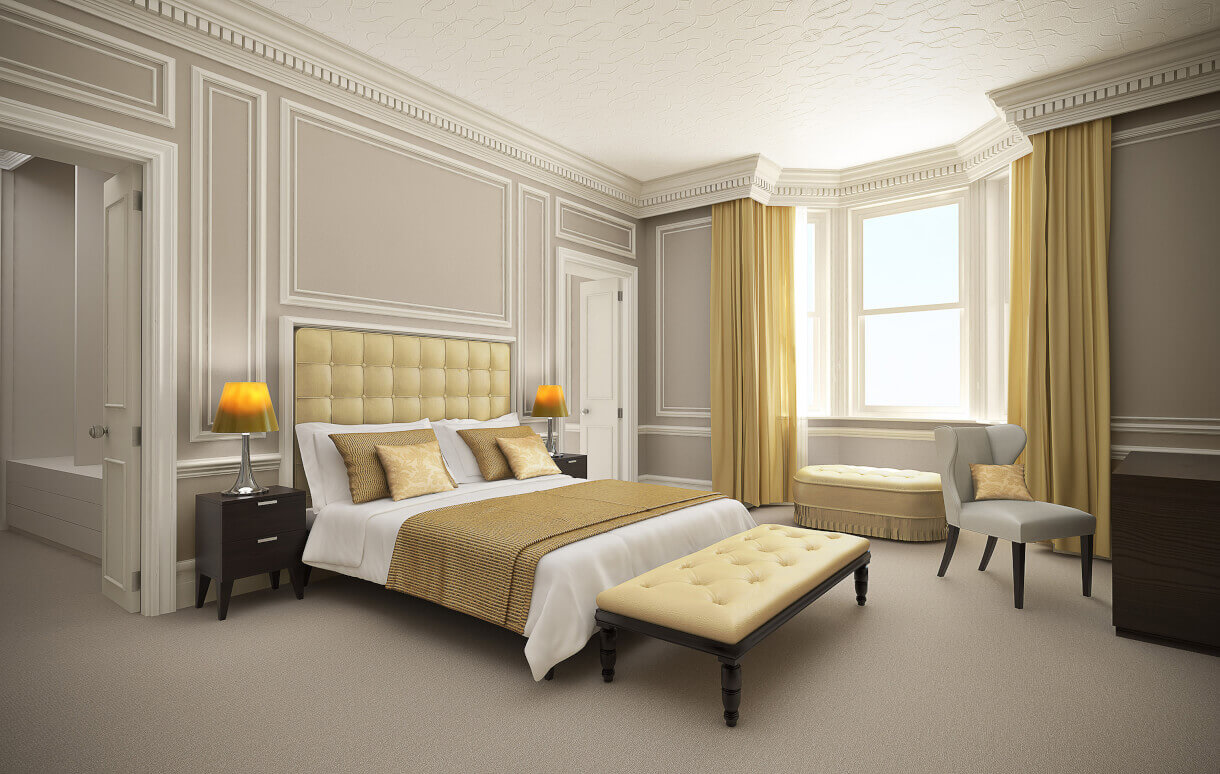 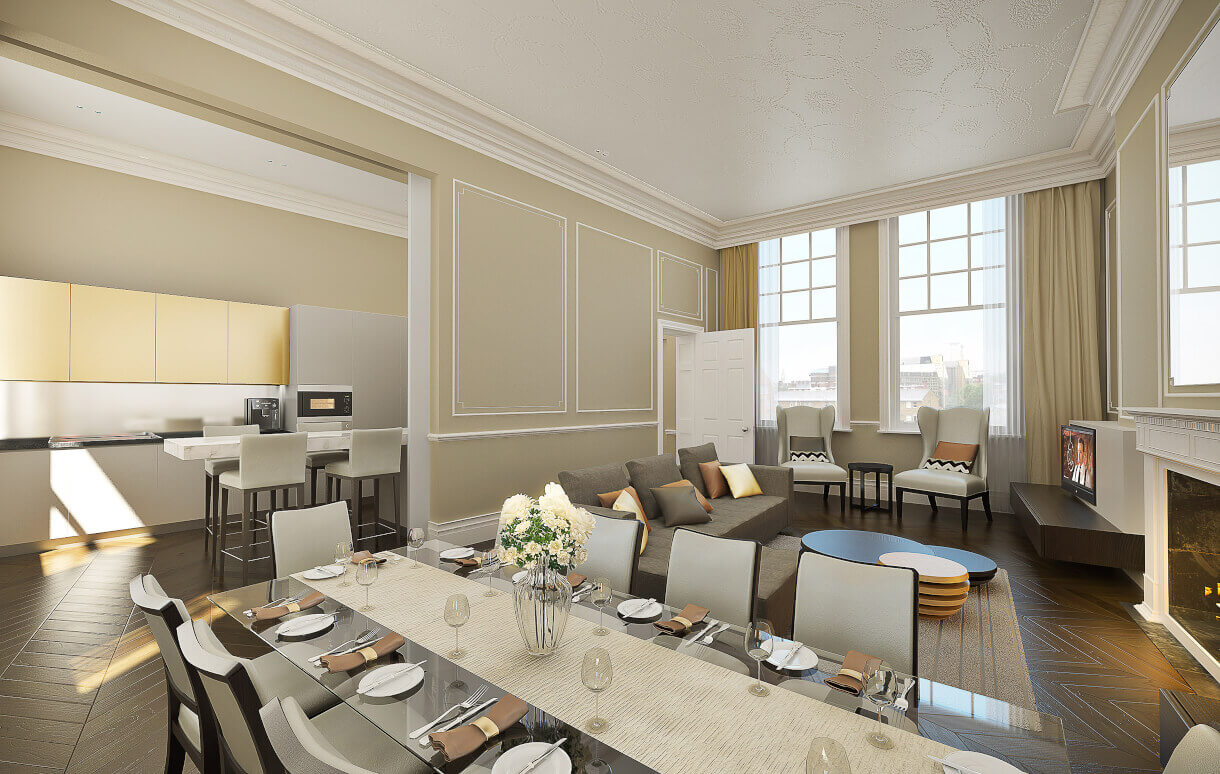 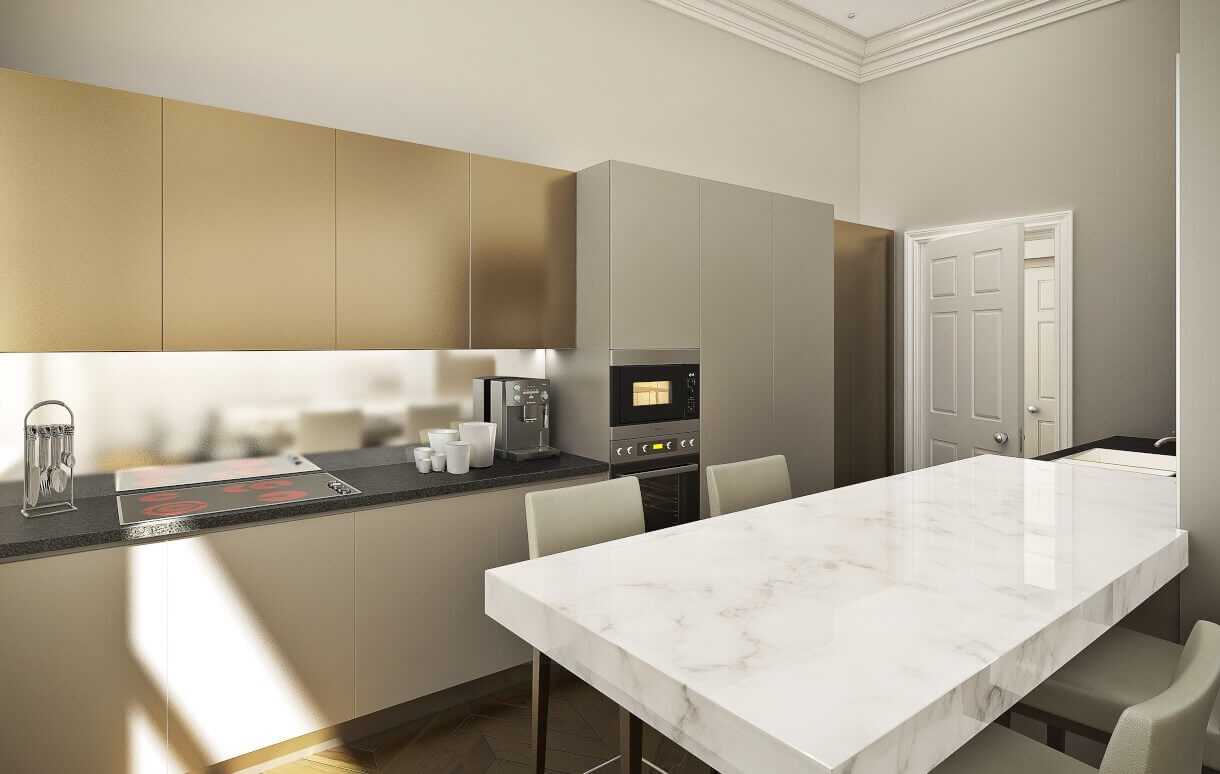 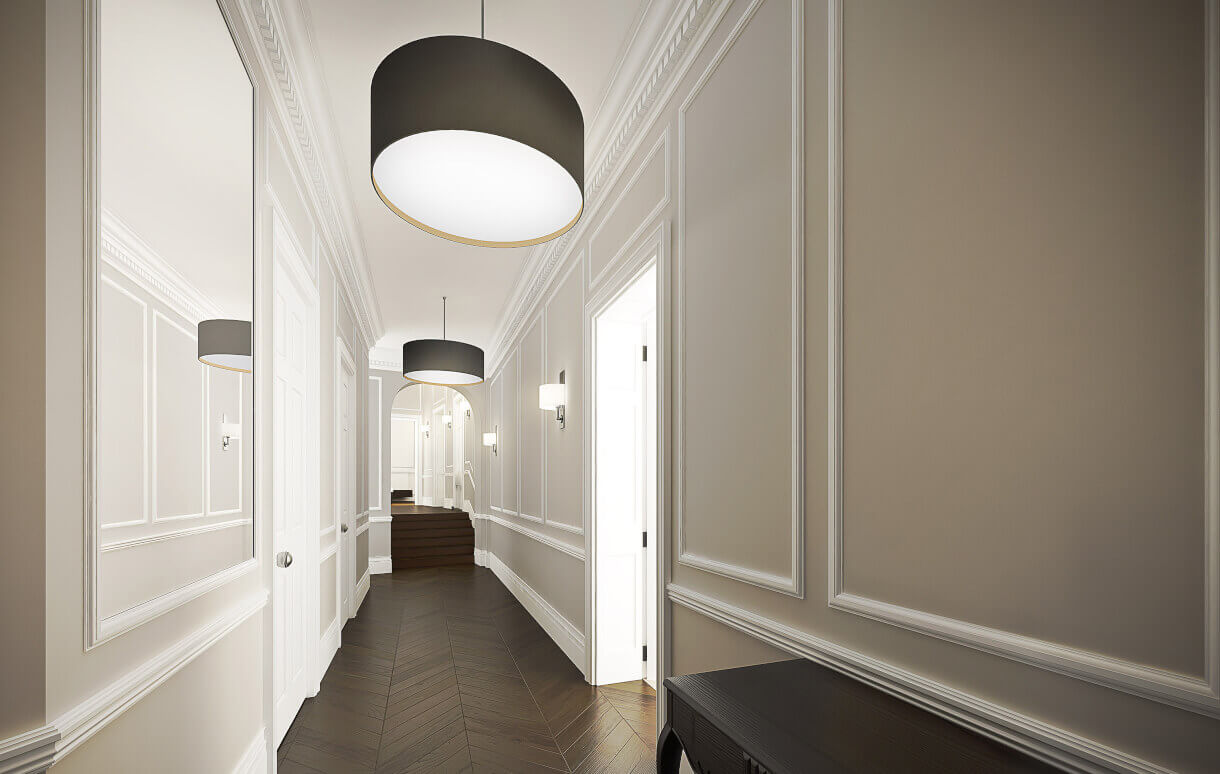