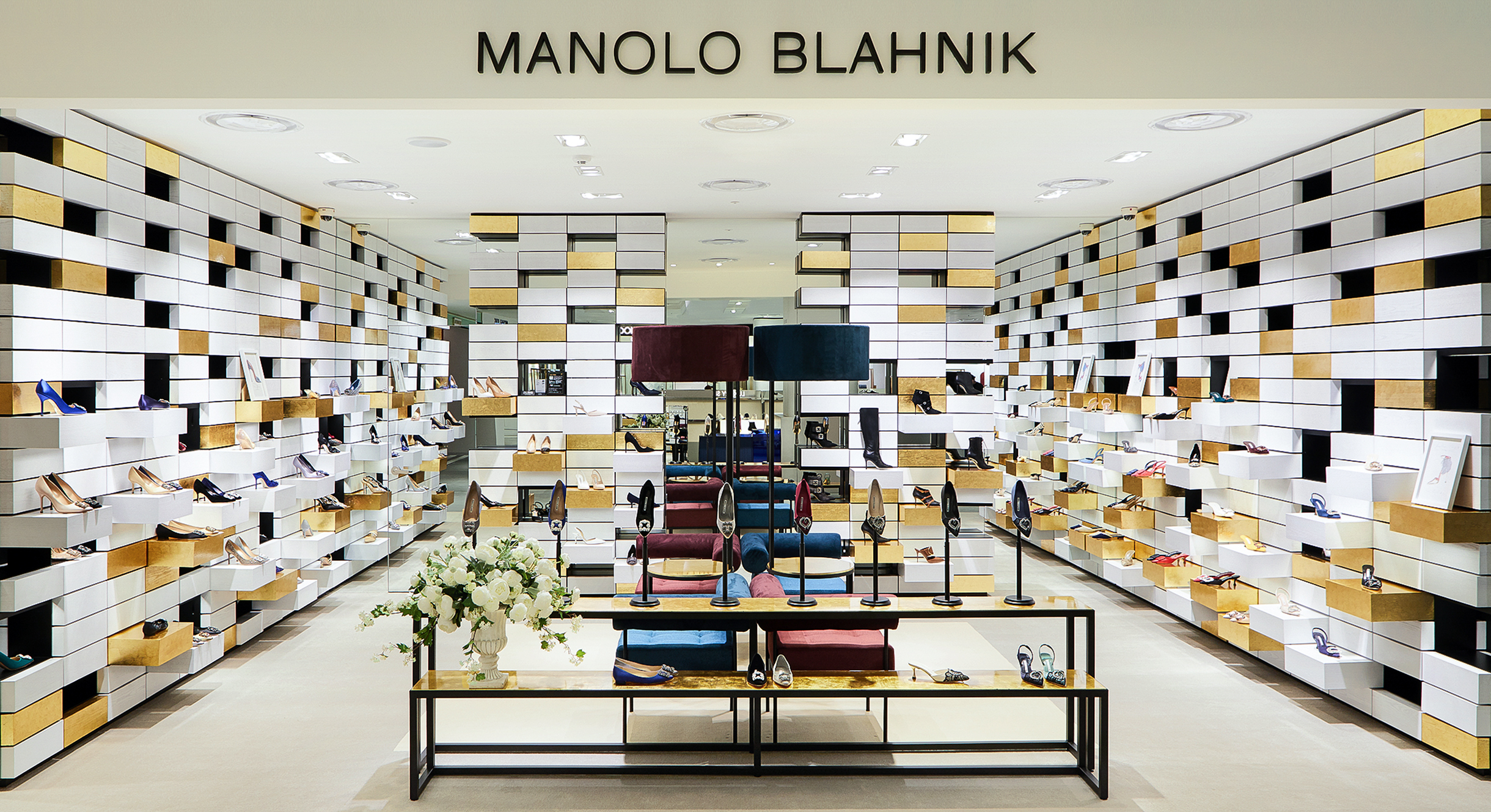 Nick Leith-Smith Architecture + Design’s latest retail shop design for Manolo Blahnik has opened in Seoul’s prestigious luxury Galleria shopping destination. The design of the space expresses the futurism of the South Korean capital and evokes the fast pace of the city’s lifestyle.

Nick Leith-Smith A+D’s design takes visual cues from Stanley Kubrick’s 2001: A Space Odyssey. While the entire store is also strongly reminiscent of a medicine chest, the shoes are positioned to represent the perfect prescriptions. As such, the space has been created to represent a reimagined interpretation of a shoe-dispensing machine.

The digital culture of Seoul guided the inspiration behind this contemporary concept, with references to the robotics and electronics that characterise the metropolis in which the retail space is situated.

Nick Leith-Smith says: “Our interpretation of Manolo Blahnik’s brand identity for its Seoul outpost draws its design influence directly from the city, its urban environment and digital culture. This is balanced with the timeless and carefully crafted collections for which the brand is known, and the result is an impactful shop that fits seamlessly within the brand’s global portfolio of shops yet makes a bold statement in its local surroundings.”

“Through this project, we have been mindful to localise the design for Manolo Blahnik’s presence in Seoul, while communicating its globally-renowned witty personality, heritage and craft.”

The main display wall features a grid-like arrangement of boxes, some of which slide out to display Manolo Blahnik’s masterful creations. The modular design allows for the easy manipulation of the display space and presentation of new collections. The boxes are contained with a black sheet steel structure, which contrasts with boxes clad in gold leaf and white lacquer, adding a crafted luxury to the space without compromising its high-tech appearance.

Adding further textural layers to the space, and in contrast to the rawness of the steel, the golden boxes have a cracked glazed appearance, which was inspired by traditional Korean pottery, and in particular the moon jar. 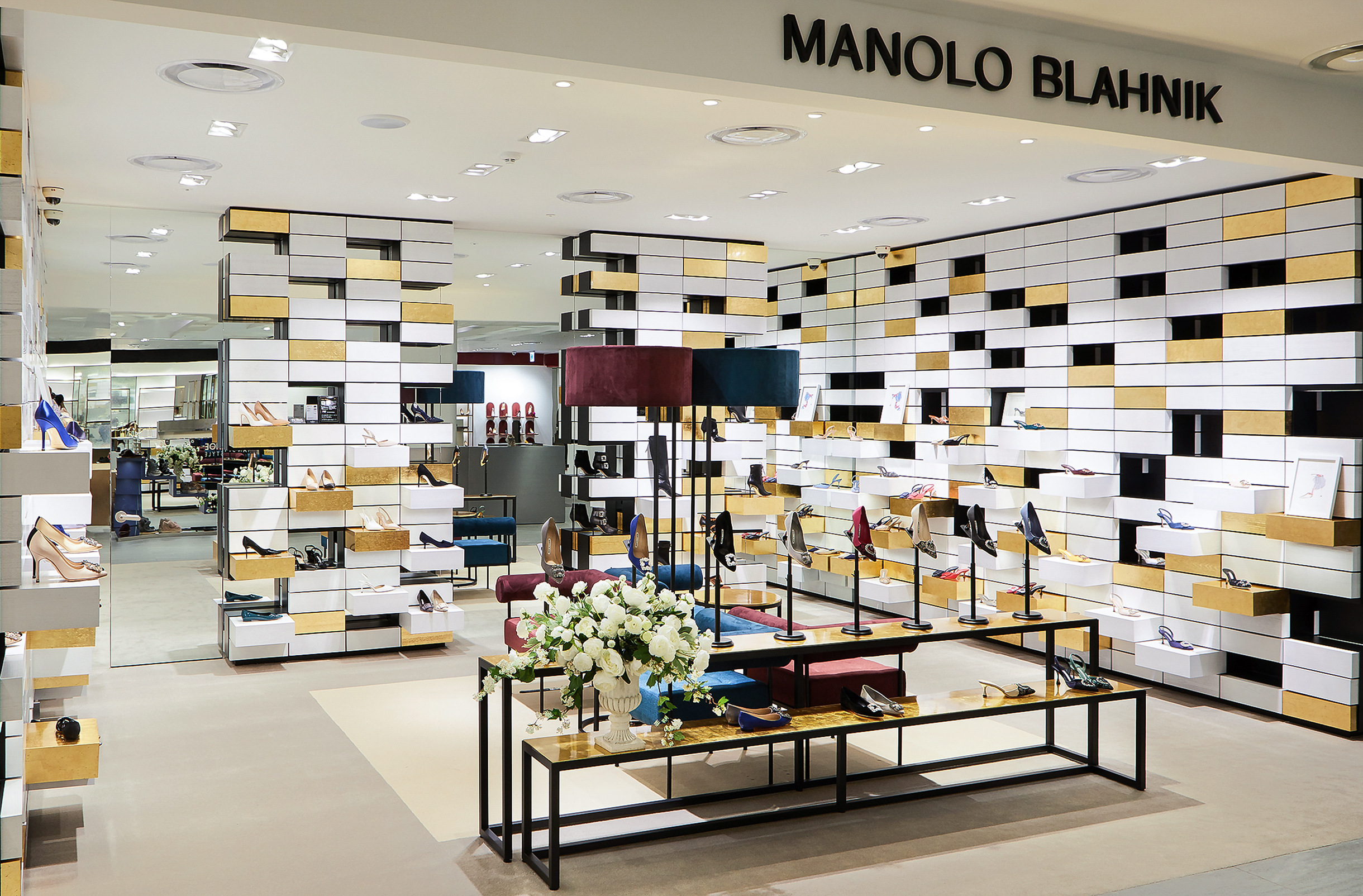 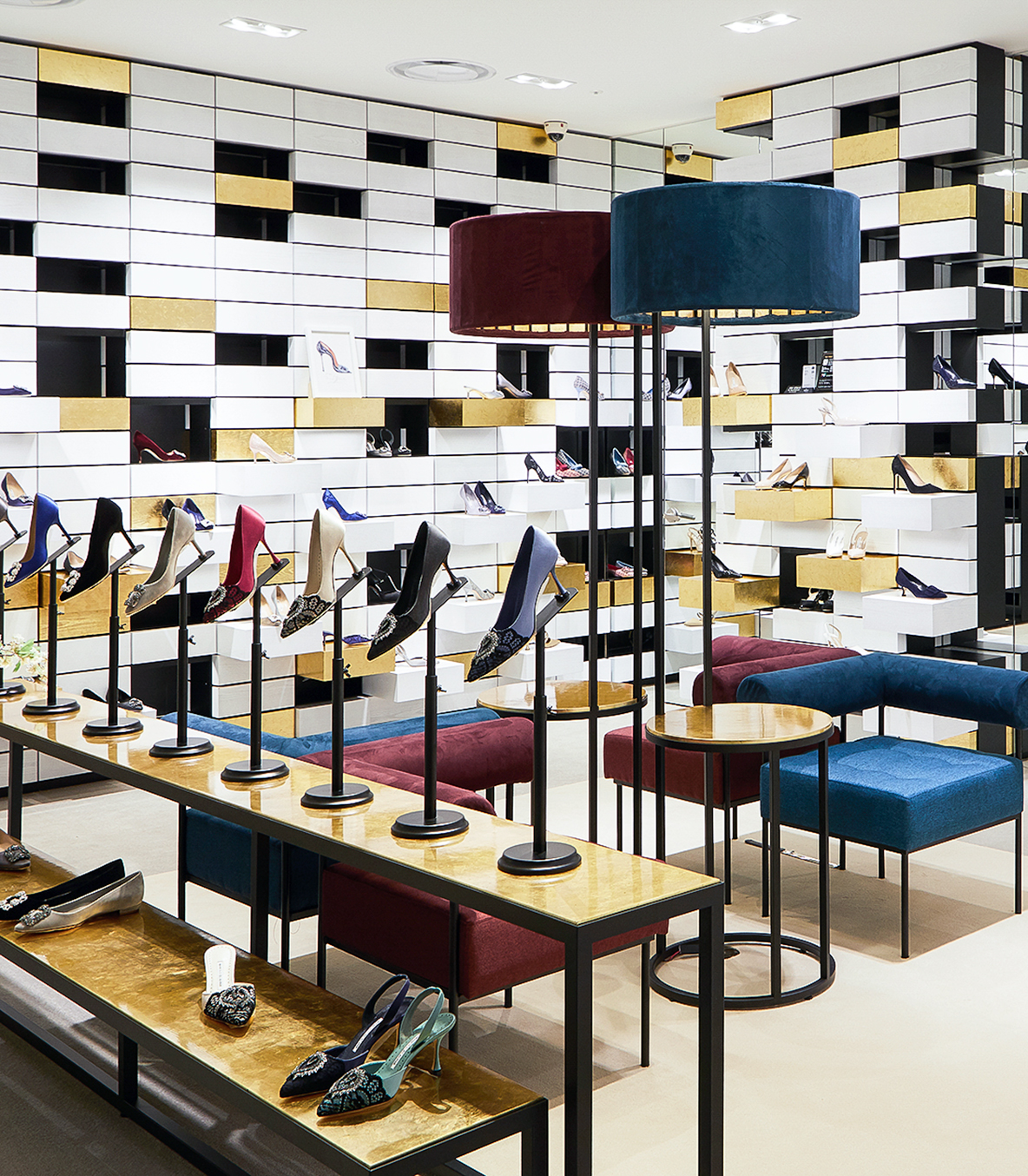 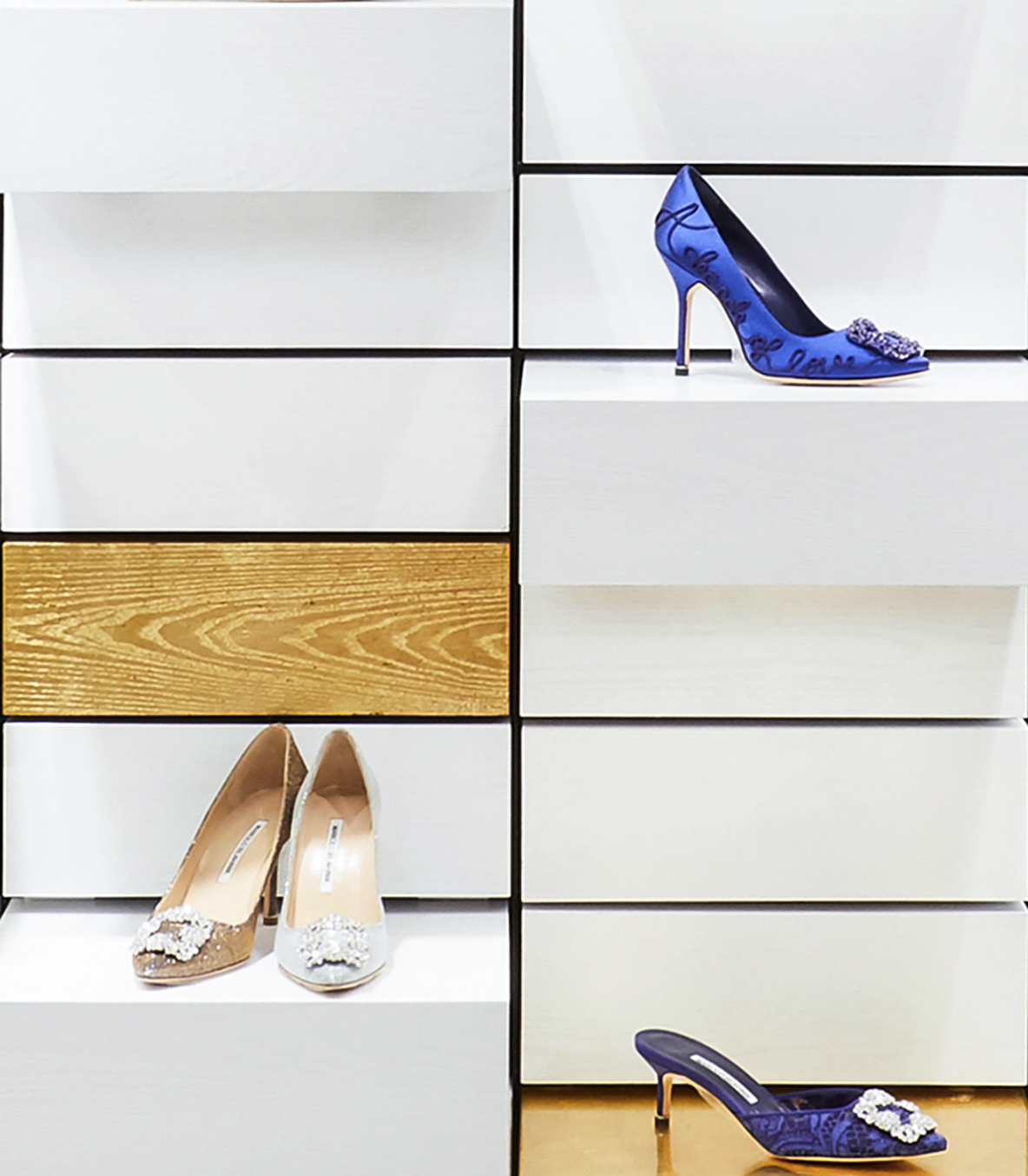