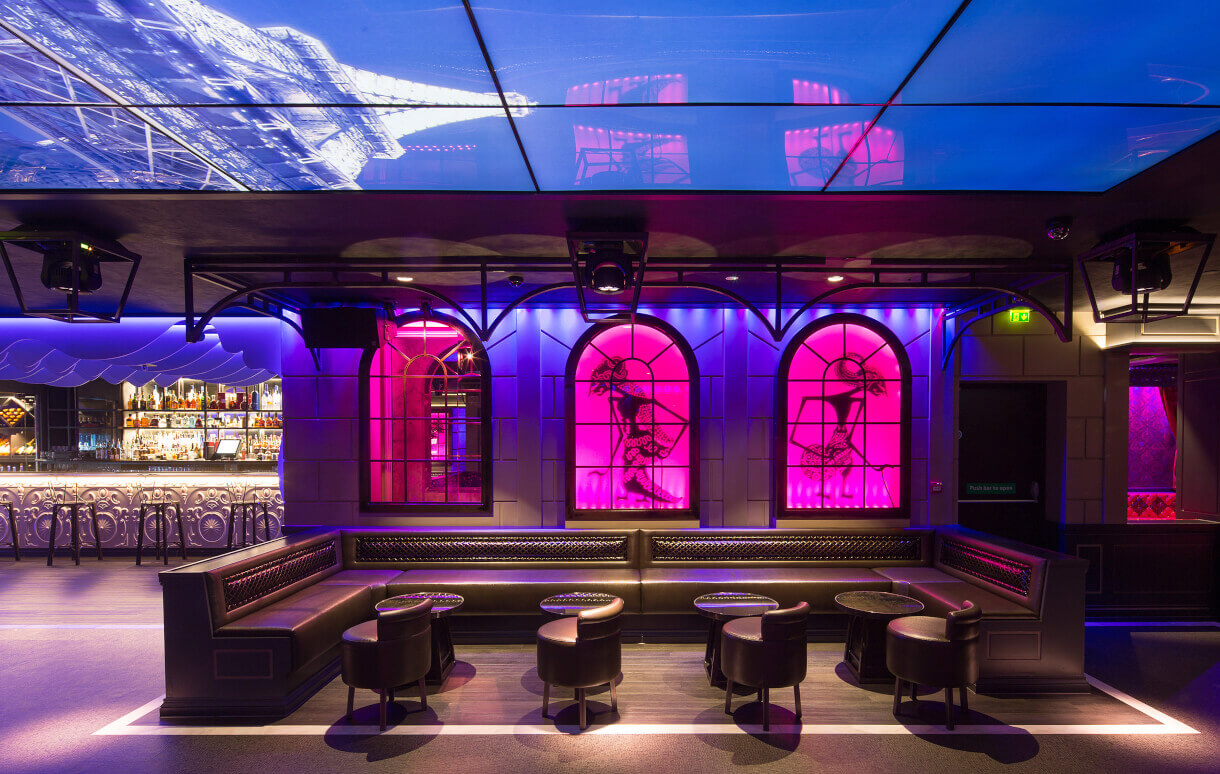 Le Peep Boutique is a new London venue with a richly evocative interior, creating an inner world of intrigue and fantasy, inspired by the high style of 1920s Paris and the secret inner world of the peepshow.

The new club is located on Park Lane and occupies the ground and basement floor of the Marriott Hotel, an imposing Beaux-Arts building of the 1920s. Nick Leith-Smith Architects were involved in creating the identity and overall concept behind the brand as well as responsible for the interior design of the new space. In addition to being a bar, restaurant and nightclub, Le Peep Boutique will also play host to music events and other live performances.

Nick Leith-Smith’s design is intended to take the guest on a journey through a series of spaces, each with its own unique identity. Le Peep Boutique is set up as a series of individual areas, which cumulatively build to create a masque-like atmosphere, revealing inner circles, theatrical flourishes and hidden zones.
The principle staircase down to the basement rooms has been styled in the form of a mirrored birdcage, with elaborate ironwork rising up around the steps and framing the transition between floors. A trapeze bar hangs down in the double-height space, a place for impromptu performance and display. The main space functions as a ‘street’, off which are arranged a series of intriguing and varied interiors, accentuating the sense of a visitor attending a series of Parisian boutiques.

Each of the individual ‘shops’ has been given a defining character, from the panelled discretion of the Salon Rouge, the rich decoration of the Secret Garden, the mysterious Paper Theatre and the seductive Boudoir space.

Bold lighting, elaborate forms and high quality materials are used extensively, from the custom-built leather banquettes and seating booths through to the sparkling glass chandeliers in the bathrooms. Bespoke illustrated wallpapers, Baroque mouldings and patterns add layers of detail and depth. The theatrical theme runs throughout Le Peep Boutique to create an exotic and intriguing inner world. 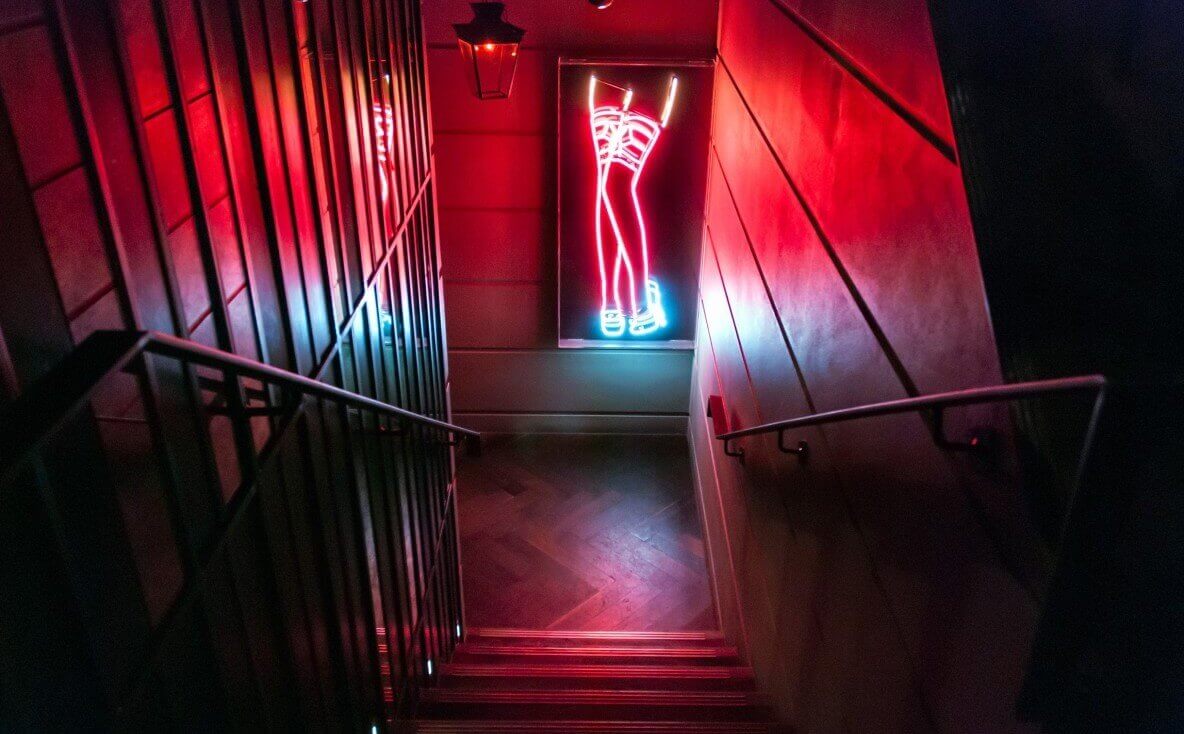 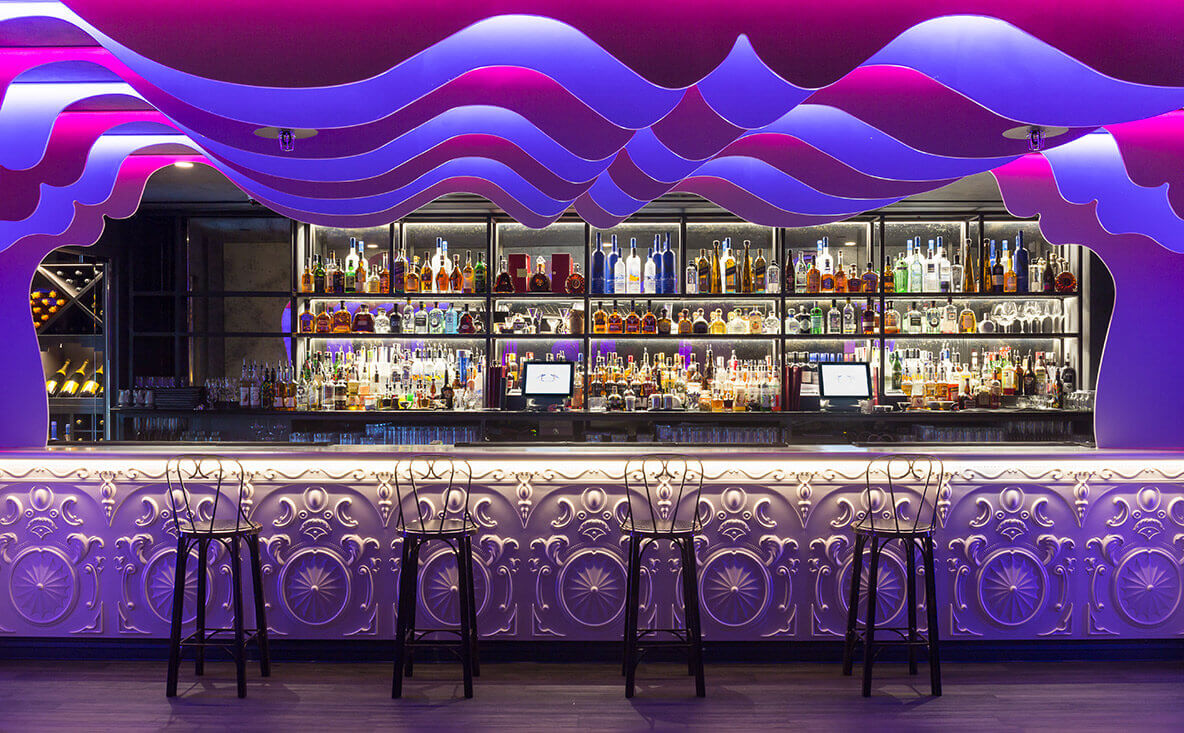 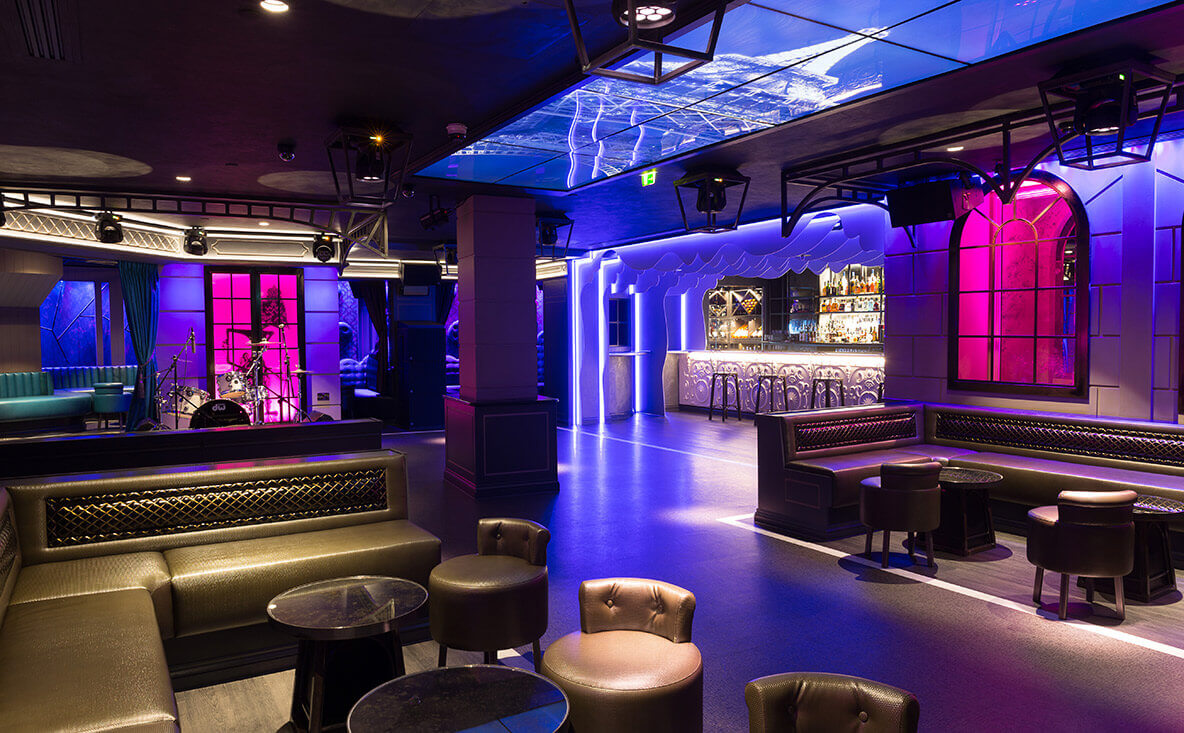 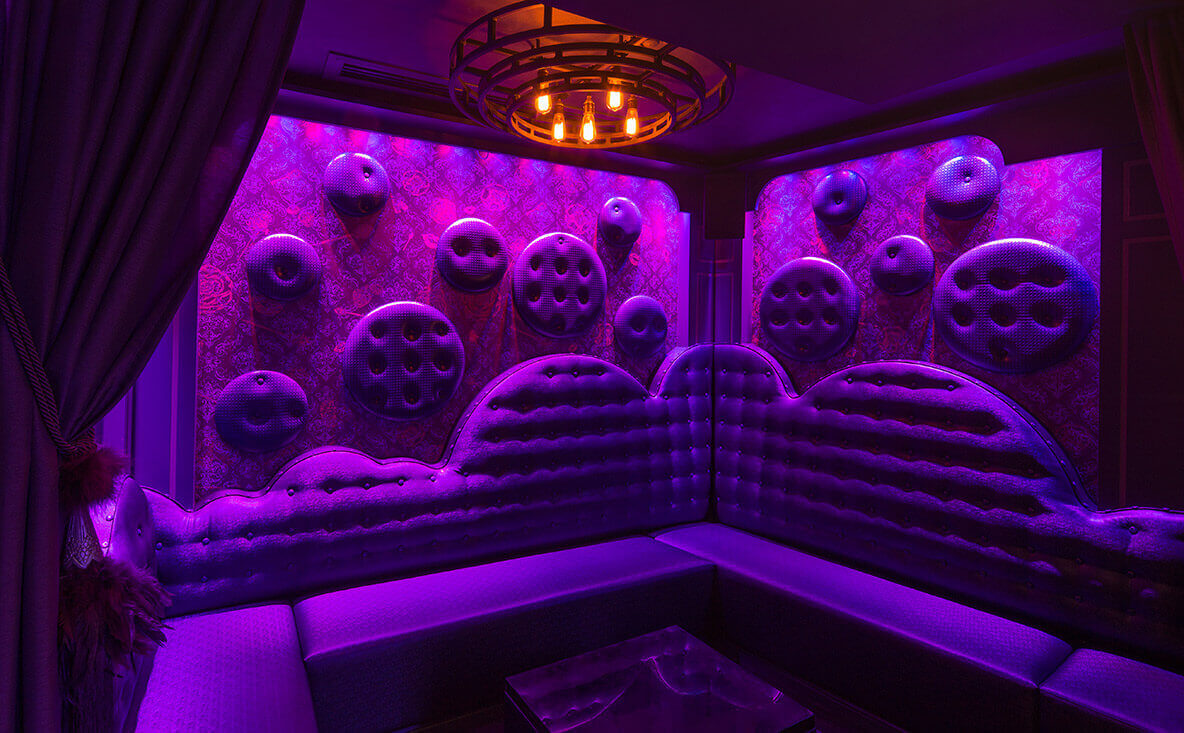 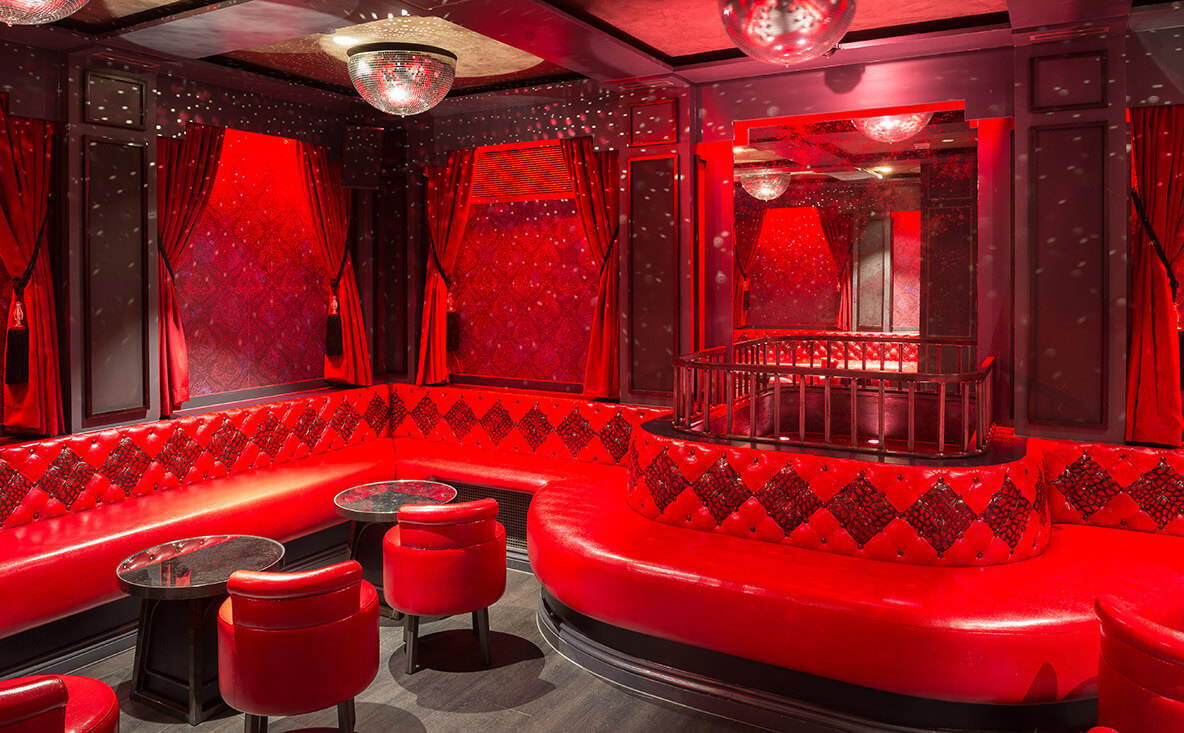 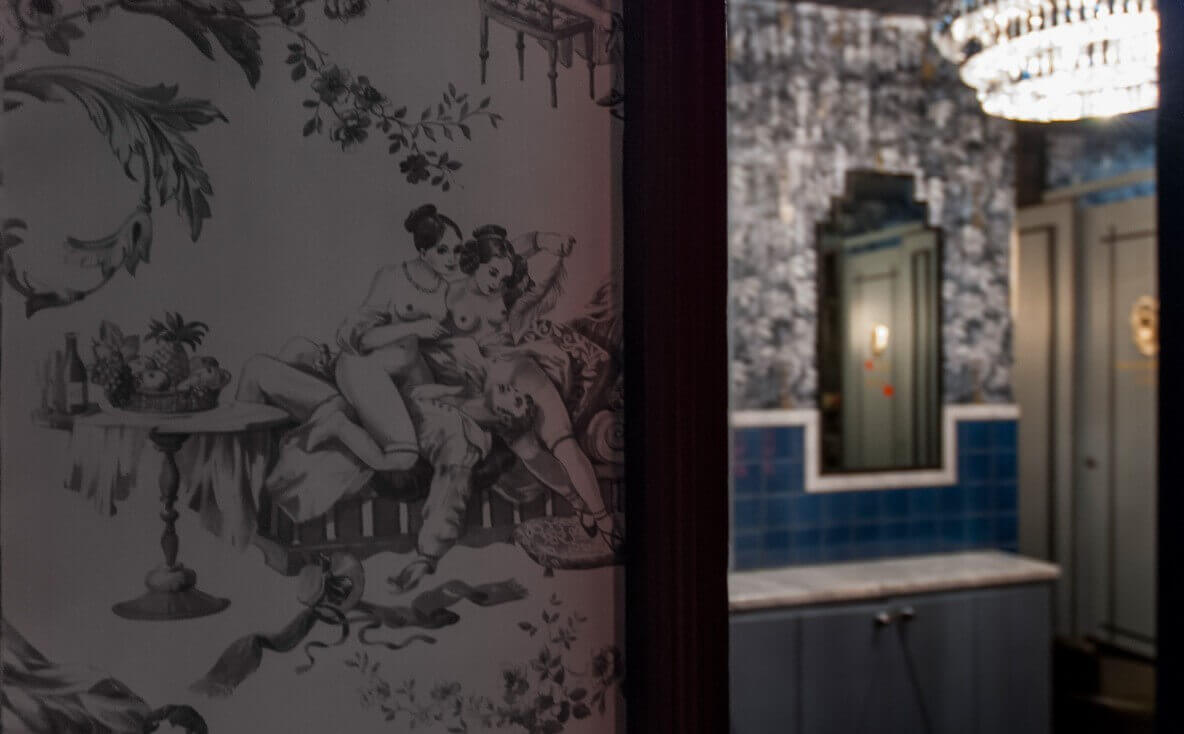 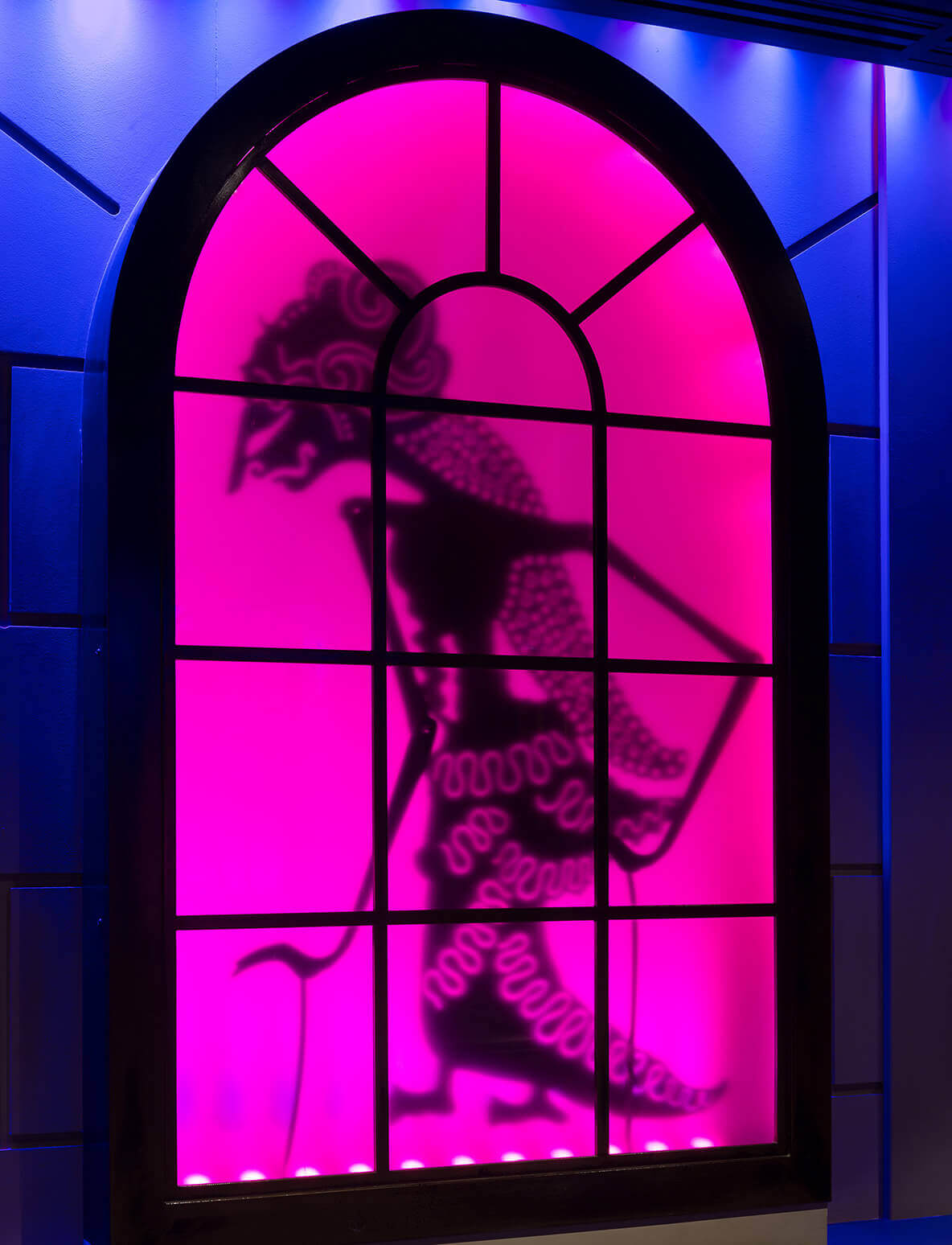 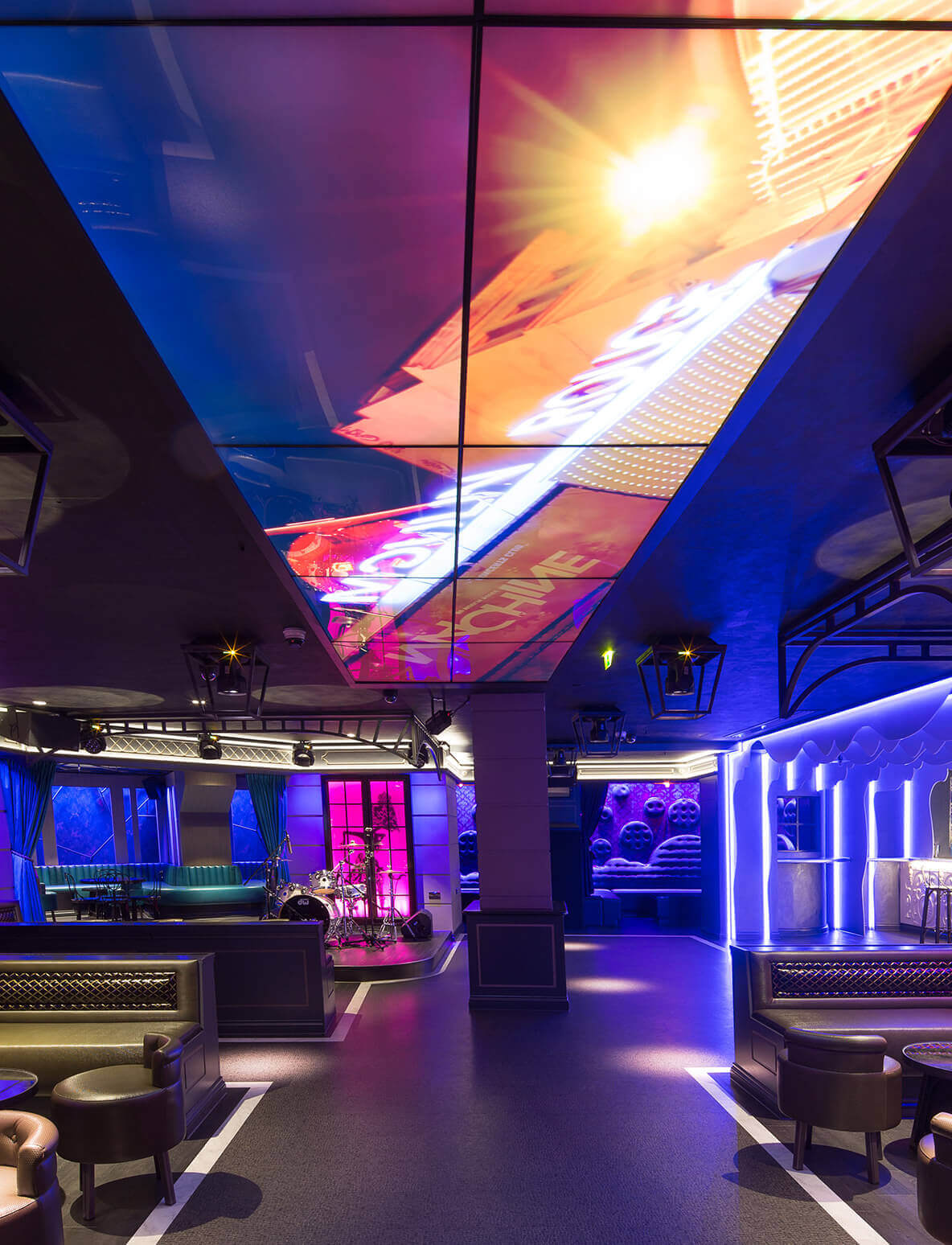 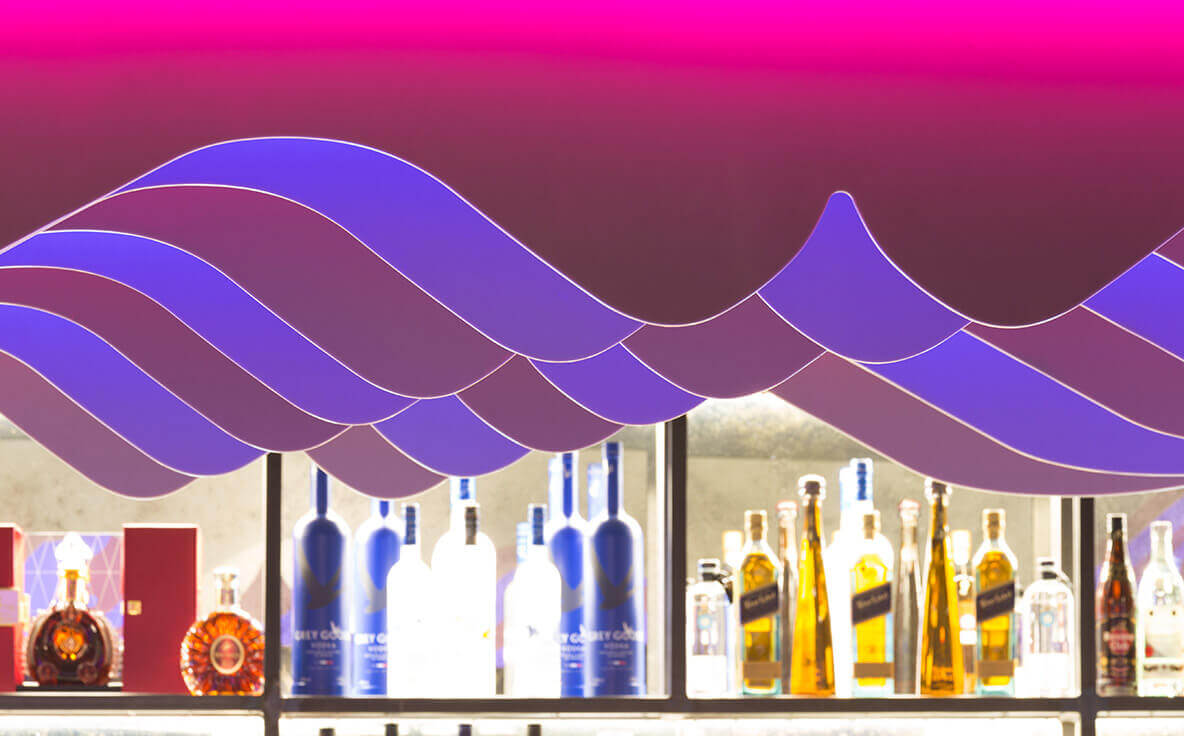 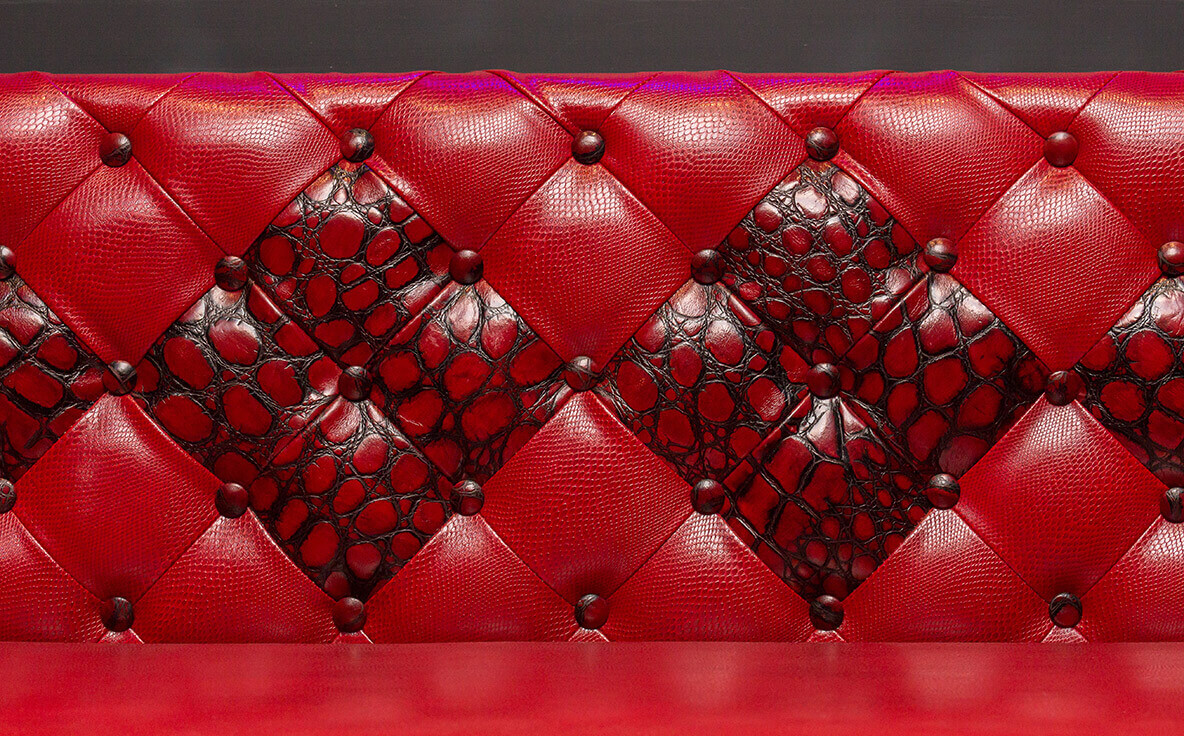 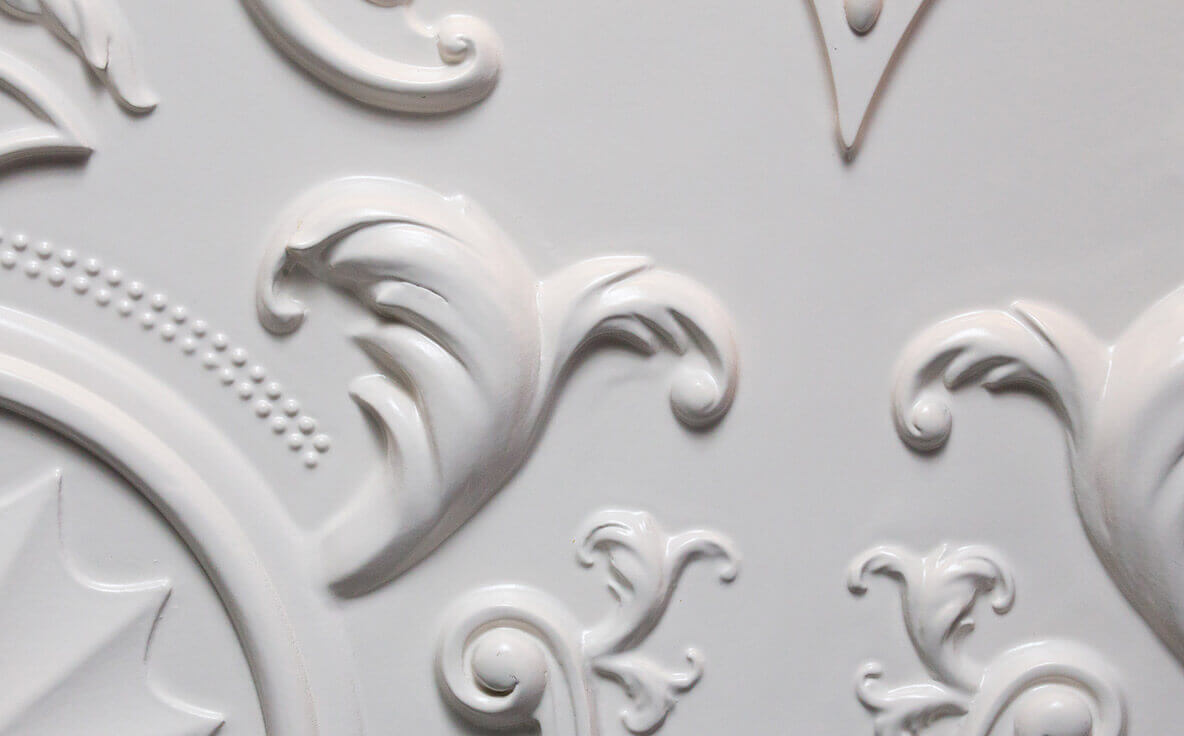 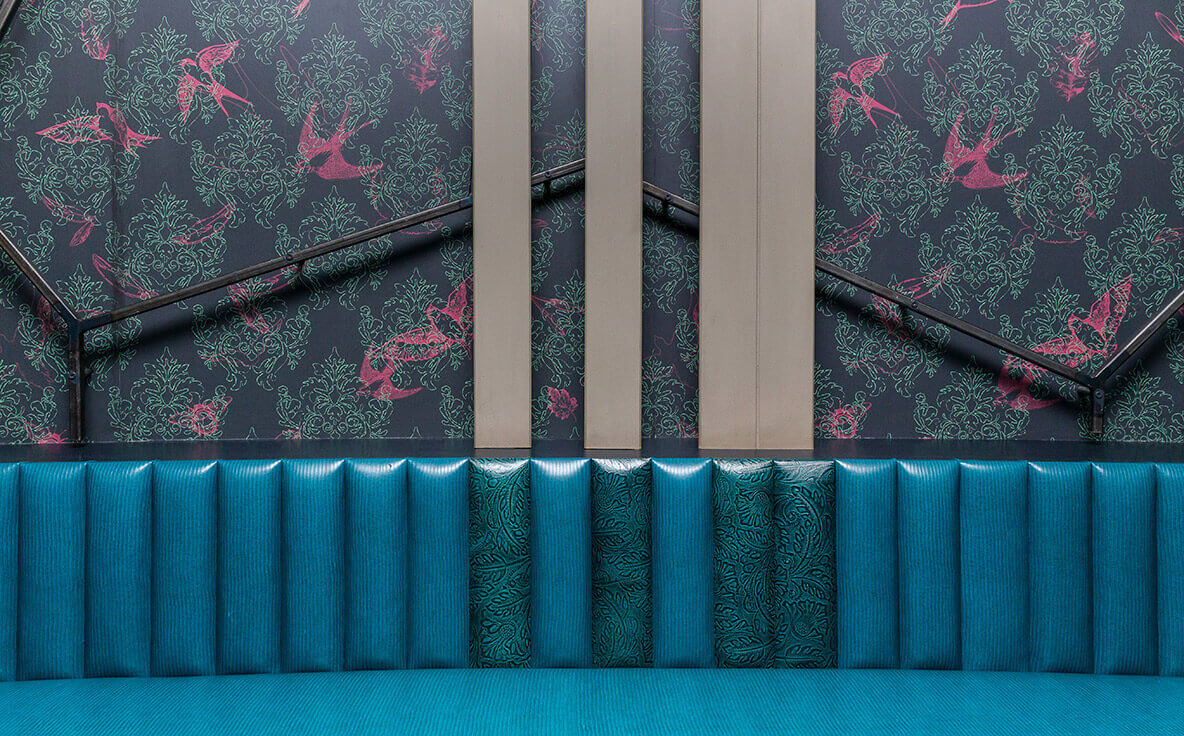 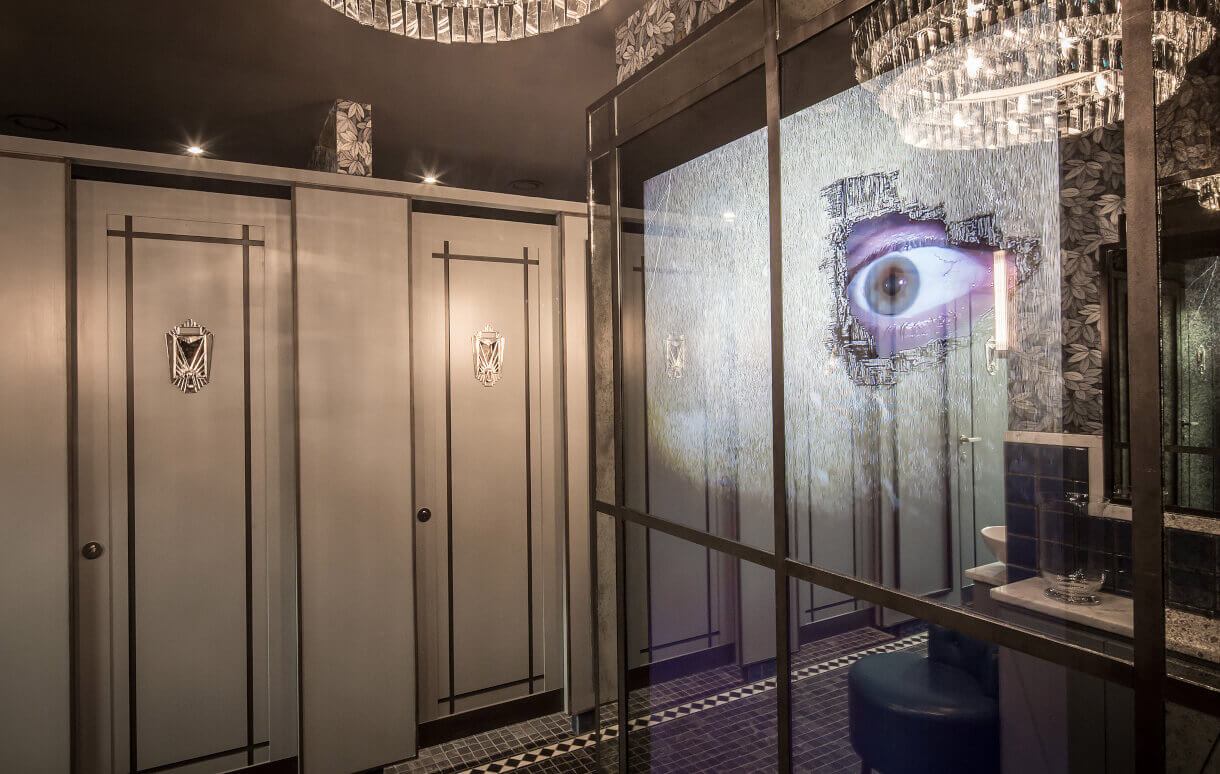 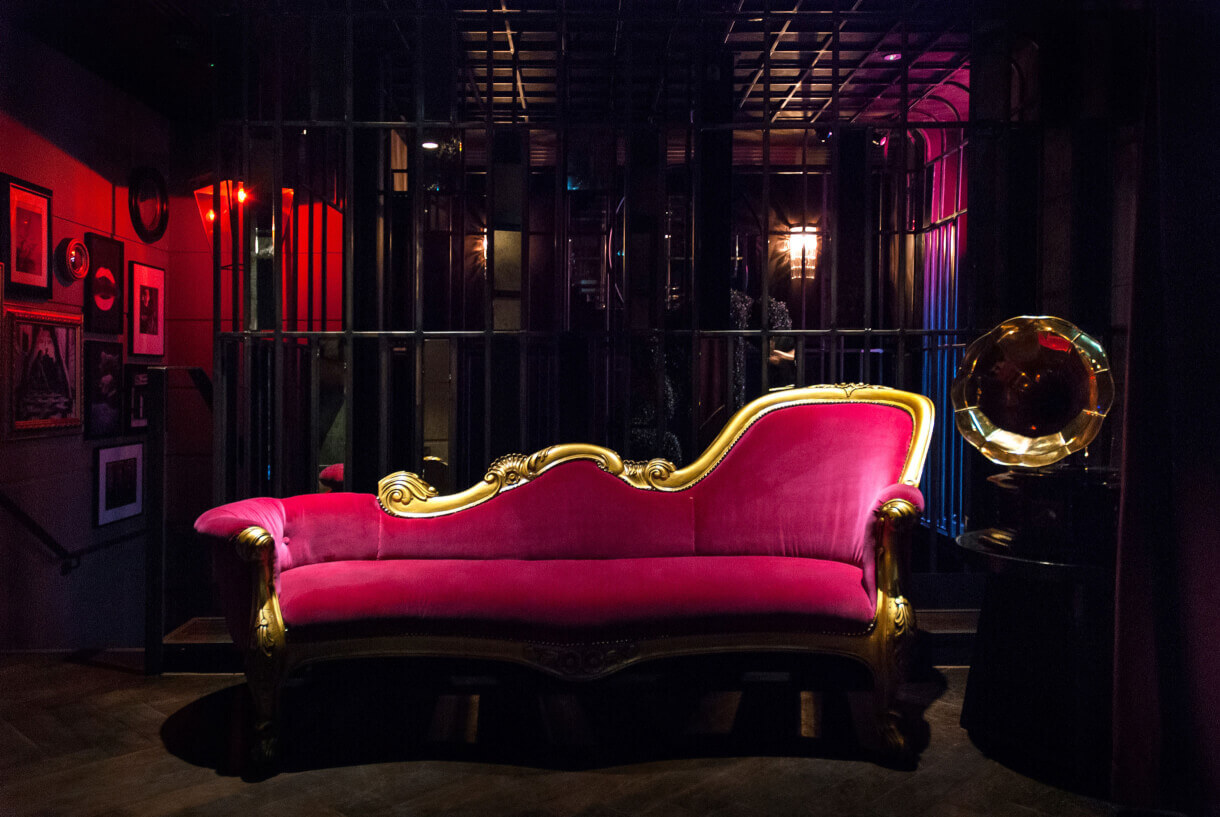