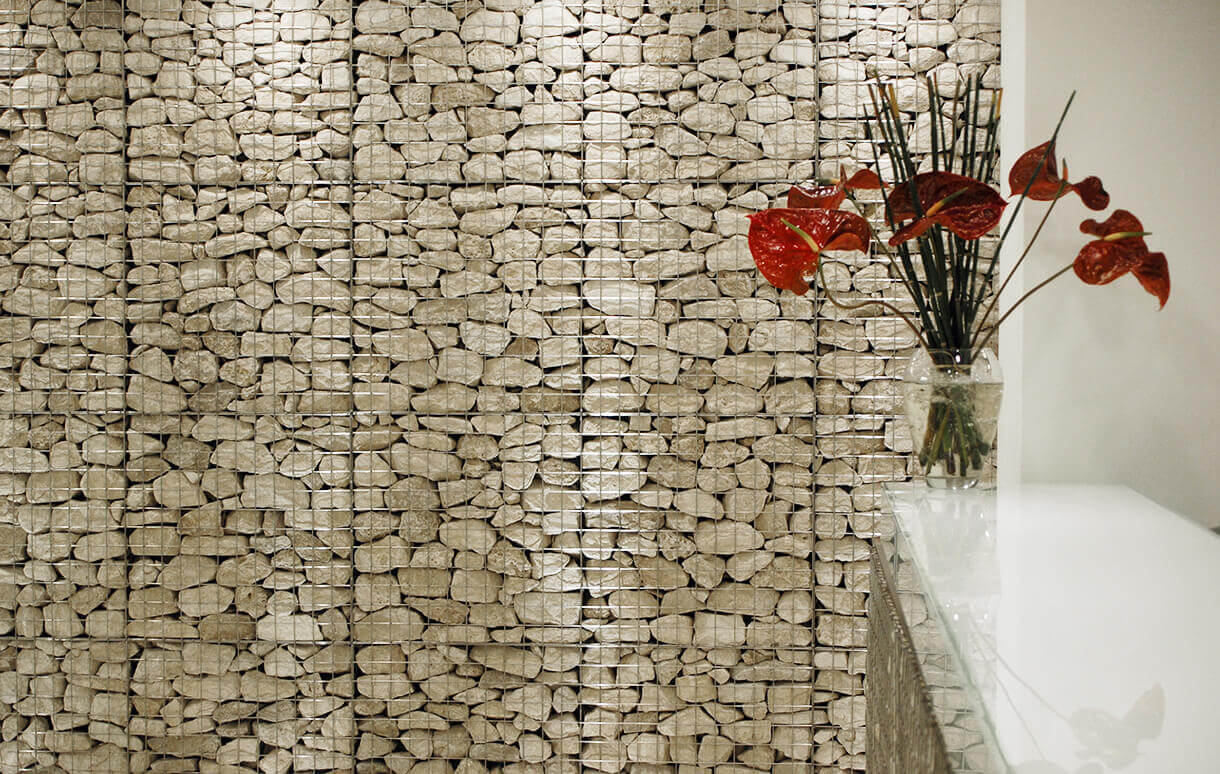 Nick Leith-Smith was commissioned to create a new London headquarters for Grainger plc, the UK’s largest specialist residential landlord. The 900 sq metre office in Knightsbridge was the culmination of many collaborations between NLS and the client.

The space is reorganised around a frame of hand-assembled stone walls, a strong architectural element influenced by the stacked dry-stone walls found in Grainger’s Northumbrian hometown. The walls were built using traditional methods by a local artisan and held in place by precise steel gabions. The effect is both monumental and intimate, conveying a human scale to the space while also exploiting the bold, solid forms of the rock faces.

The floor plan comprises of three interlocking buildings which needed to be resolved and integrated to create a functional, fluid, modern workspace. The program included a reception, meeting rooms, video-conference space, kitchen, and a combination of open plan and private offices. The project met all the client’s budget stipulations and has helped shape and inform Grainger’s contemporary image. 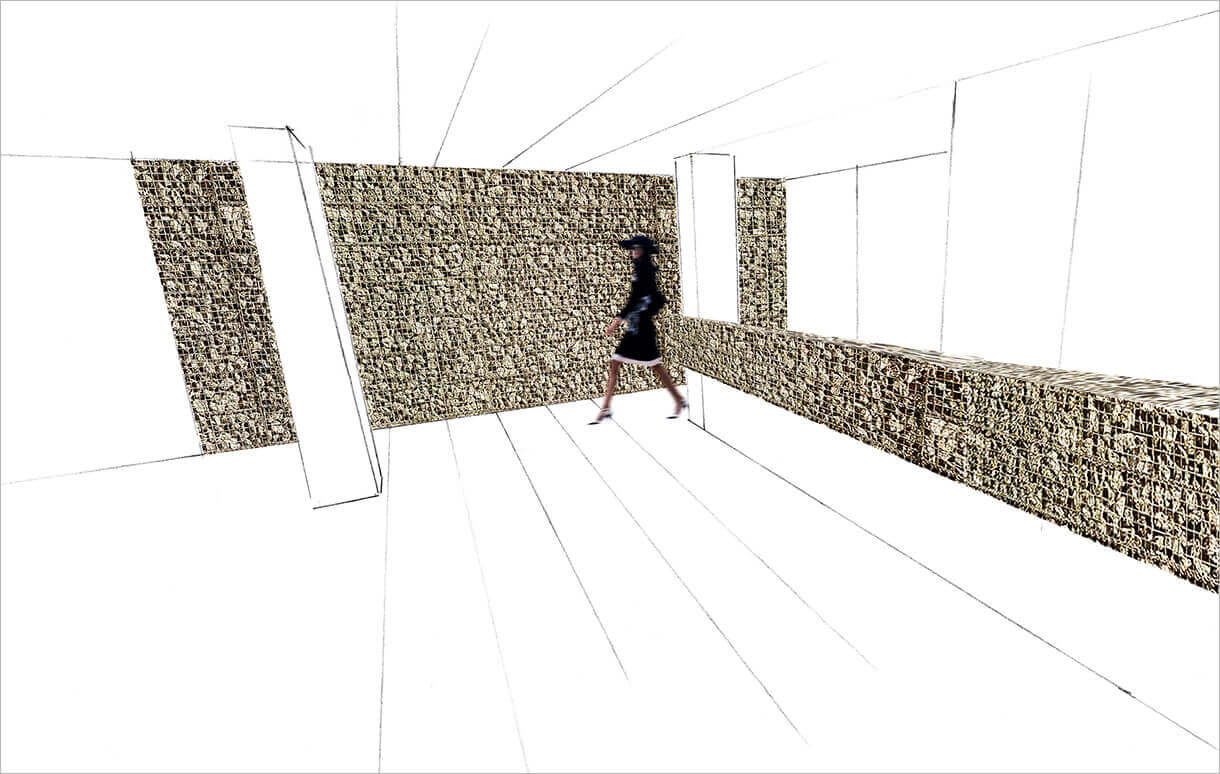 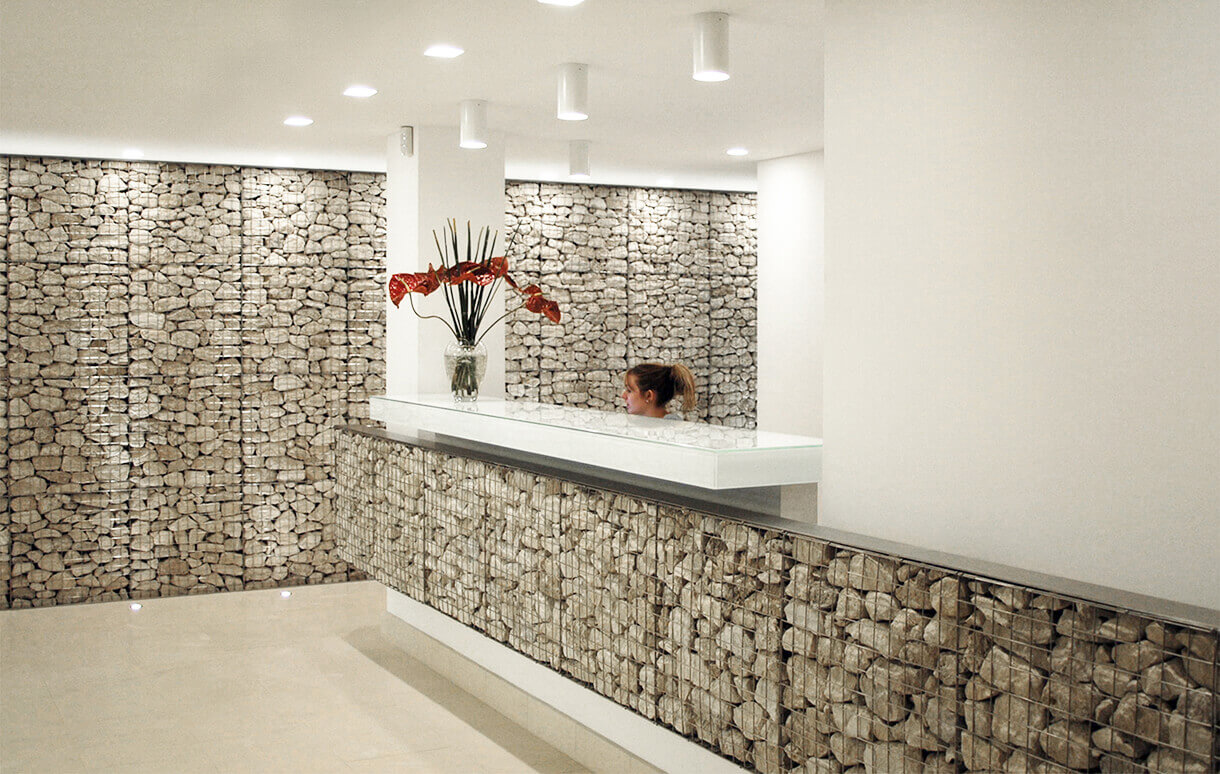 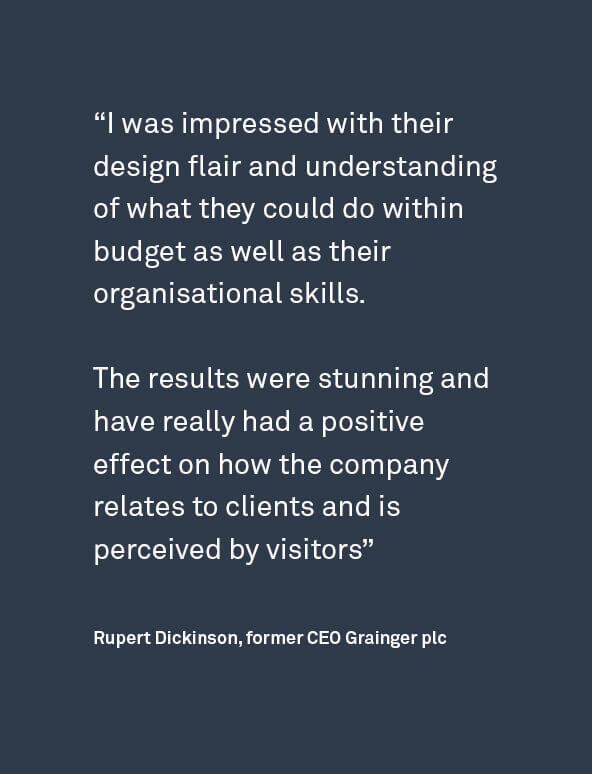 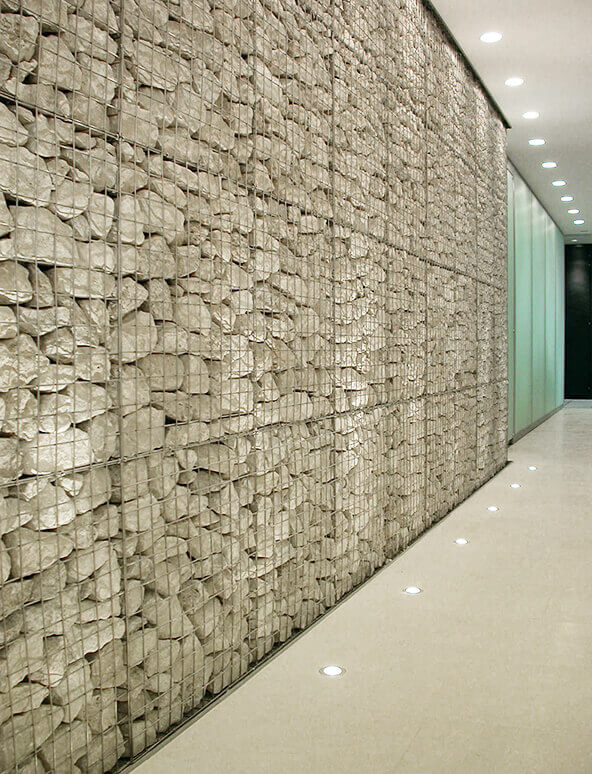 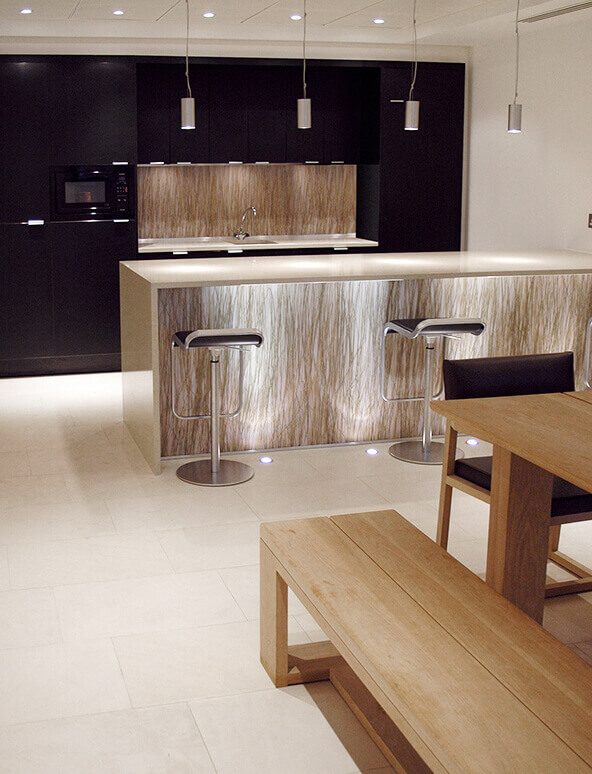 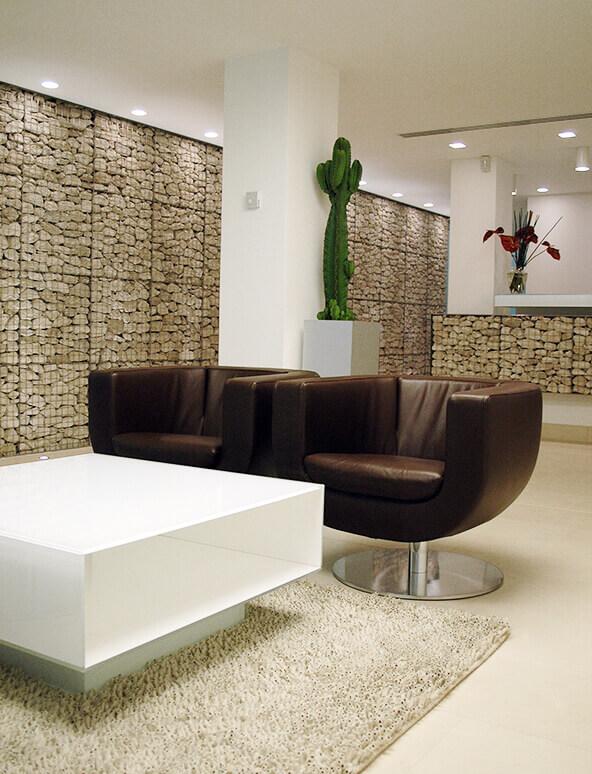