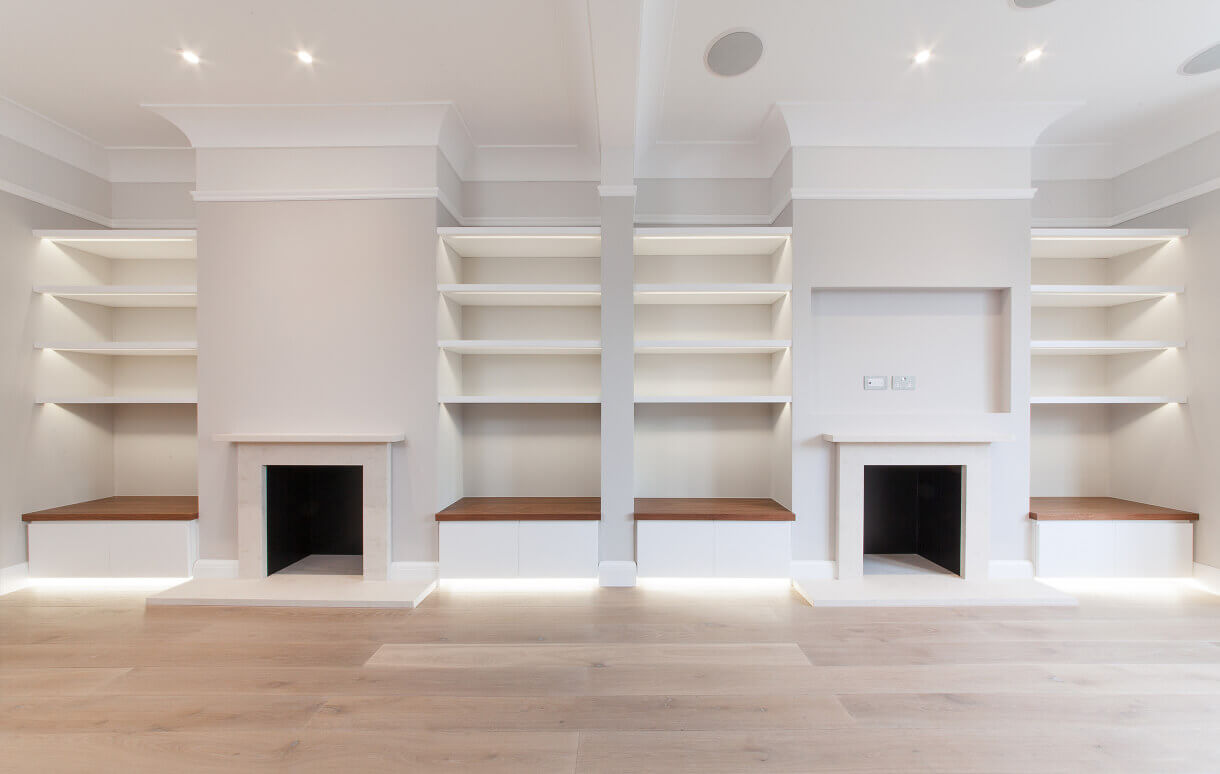 The brief called for the comprehensive restoration and enhancement of a semi-detached Victorian house in the Bishop Park Conservation Area in Fulham, London. Bishop Park is defined by the uniformity and high quality of its housing stock, mostly generous red brick terraces with stucco detailing and ornamental canopies and bays. Mindful of the need to respect the original character of the existing house and its neighbours, NLS was commissioned to extend and refurbish the existing house, adding 60 square metres of accommodation to the 140 square metre property.

The project included a new side and rear extension, together with a second floor loft extension with a revised rear mansard, all of which consolidated earlier extensions and created a more cohesive aesthetic. Two bedrooms were added upstairs, while the downstairs living area was transformed into an open plan kitchen and dining area, together with a new utility space. New landscaping was also installed to enhance the relationship between the kitchen area and the garden.

In the new kitchen, the original features are juxtaposed with a series of bold modern forms, linked to the contemporary garden via a large set of sliding doors. Featuring modern light fittings, two large roof lights and frameless doors, the emphasis is on quiet minimalism and attention to joinery detail and form. Integral uplighting and a ceiling light shelf helps frame the white cubes of the kitchen.

The double reception room is treated as a unified space with new shelving, flooring and lighting, while the master bedroom features extensive bespoke cabinetry, including a concealed door to a new ensuite, where vertical maple wood slats form a feature wall and vanity unit.

Wherever possible, the house’s original features were maintained and restored. The proportions and textures of the key decorative elements in the entrance hall and double reception room were considered especially valuable, with original Victorian tiles in contemporary muted colours used to unite the old and new components of the house. 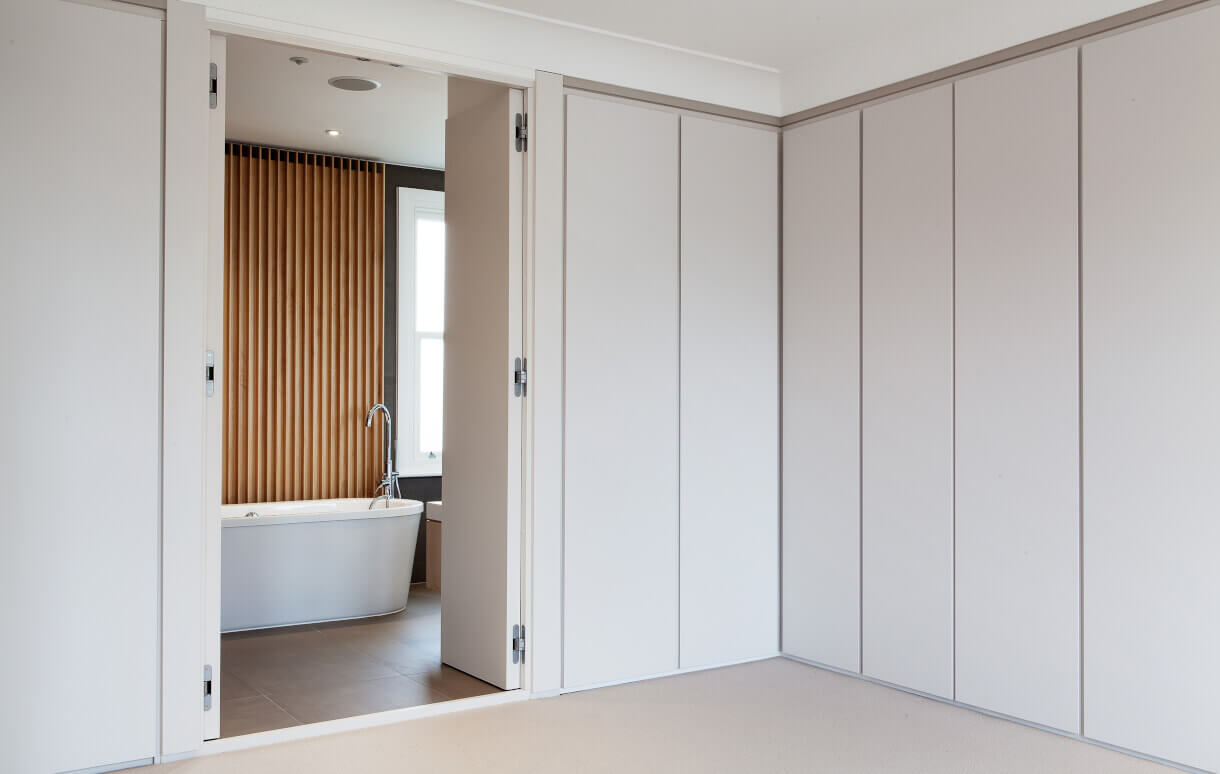 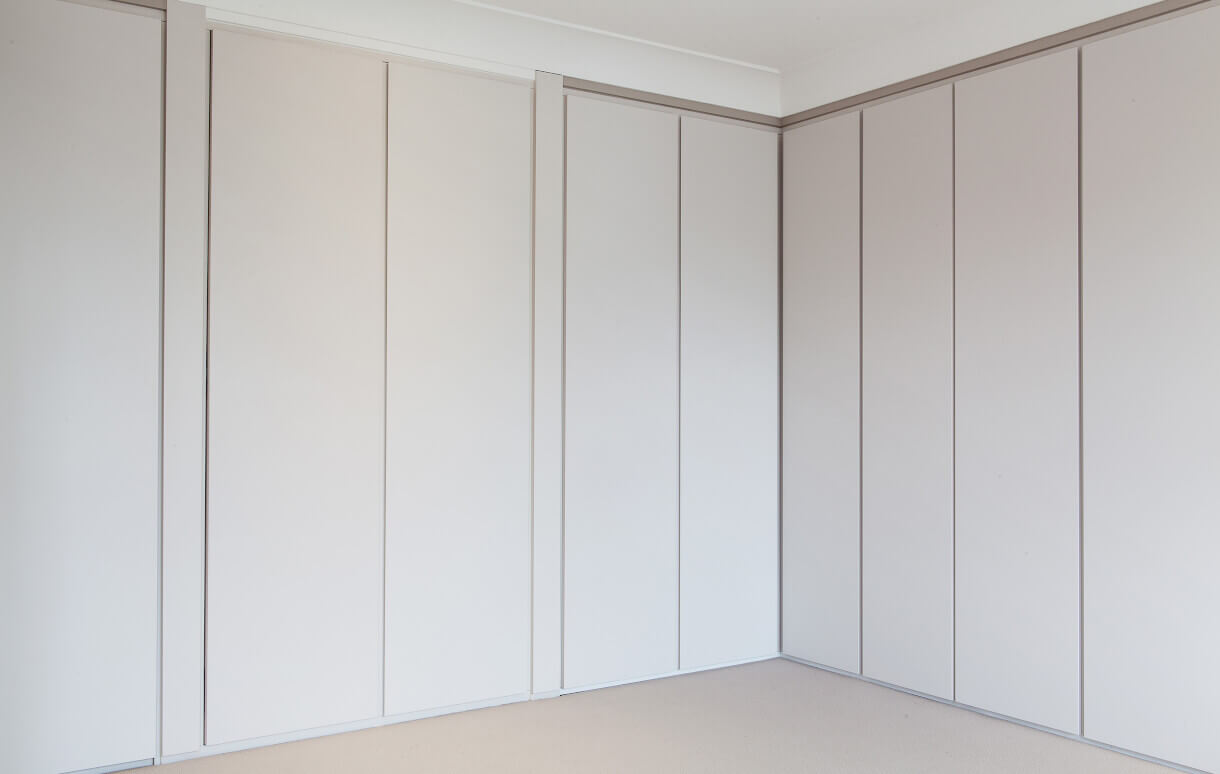 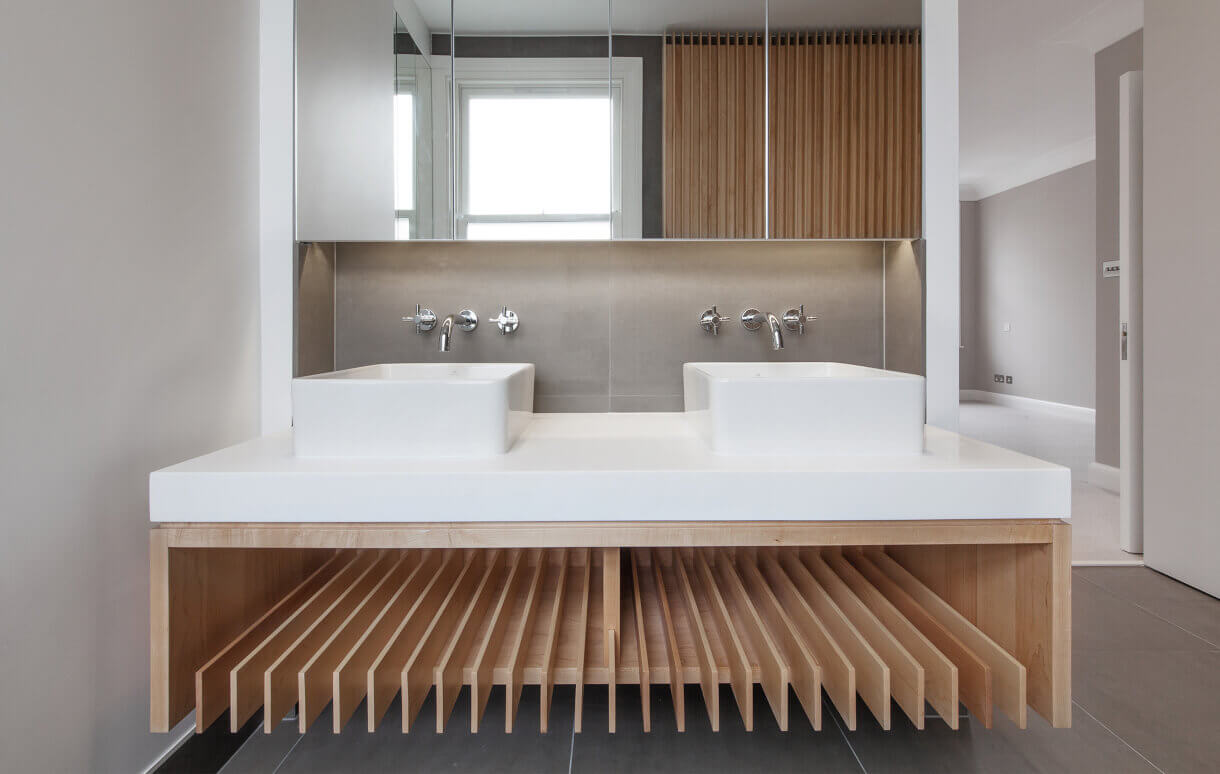 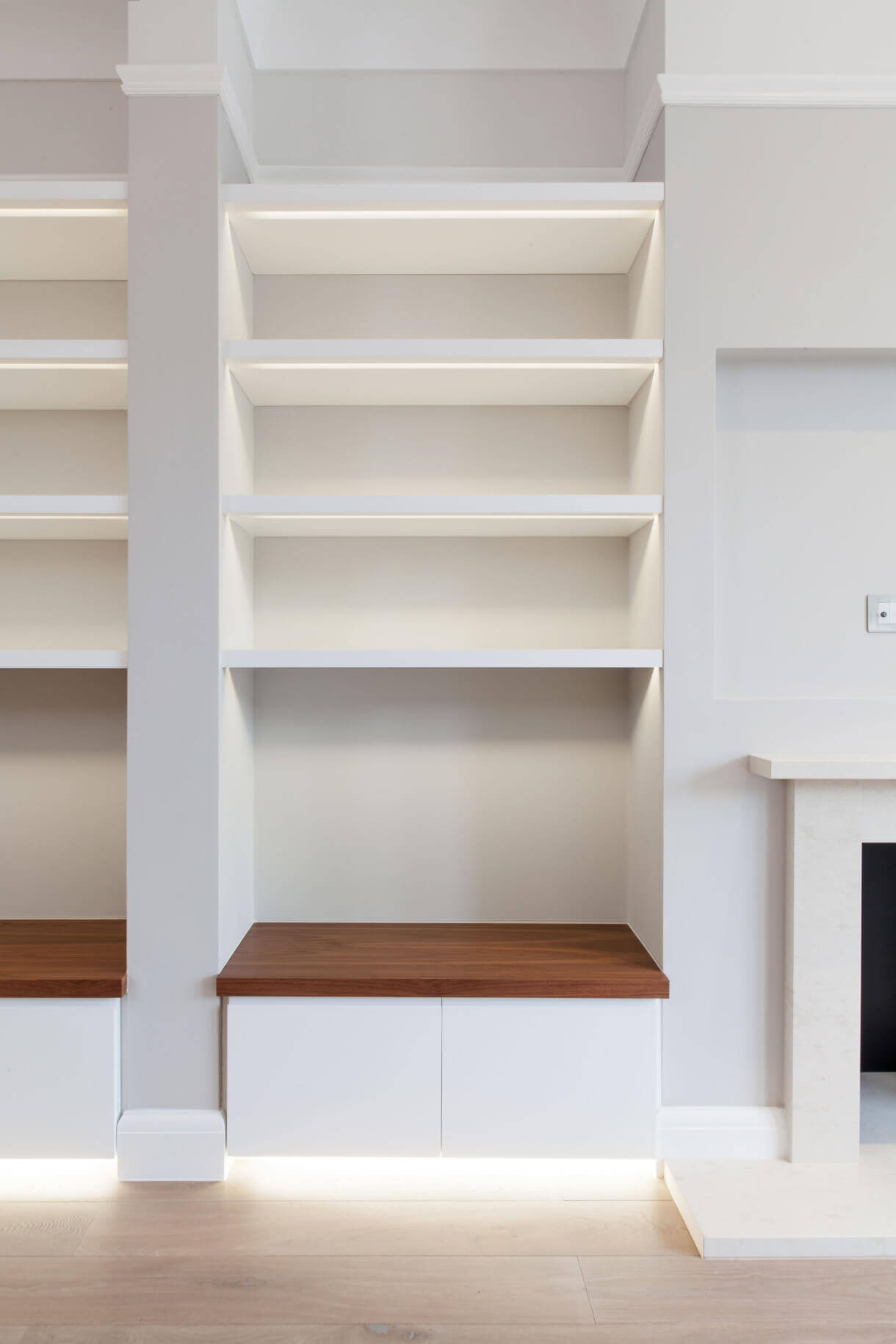 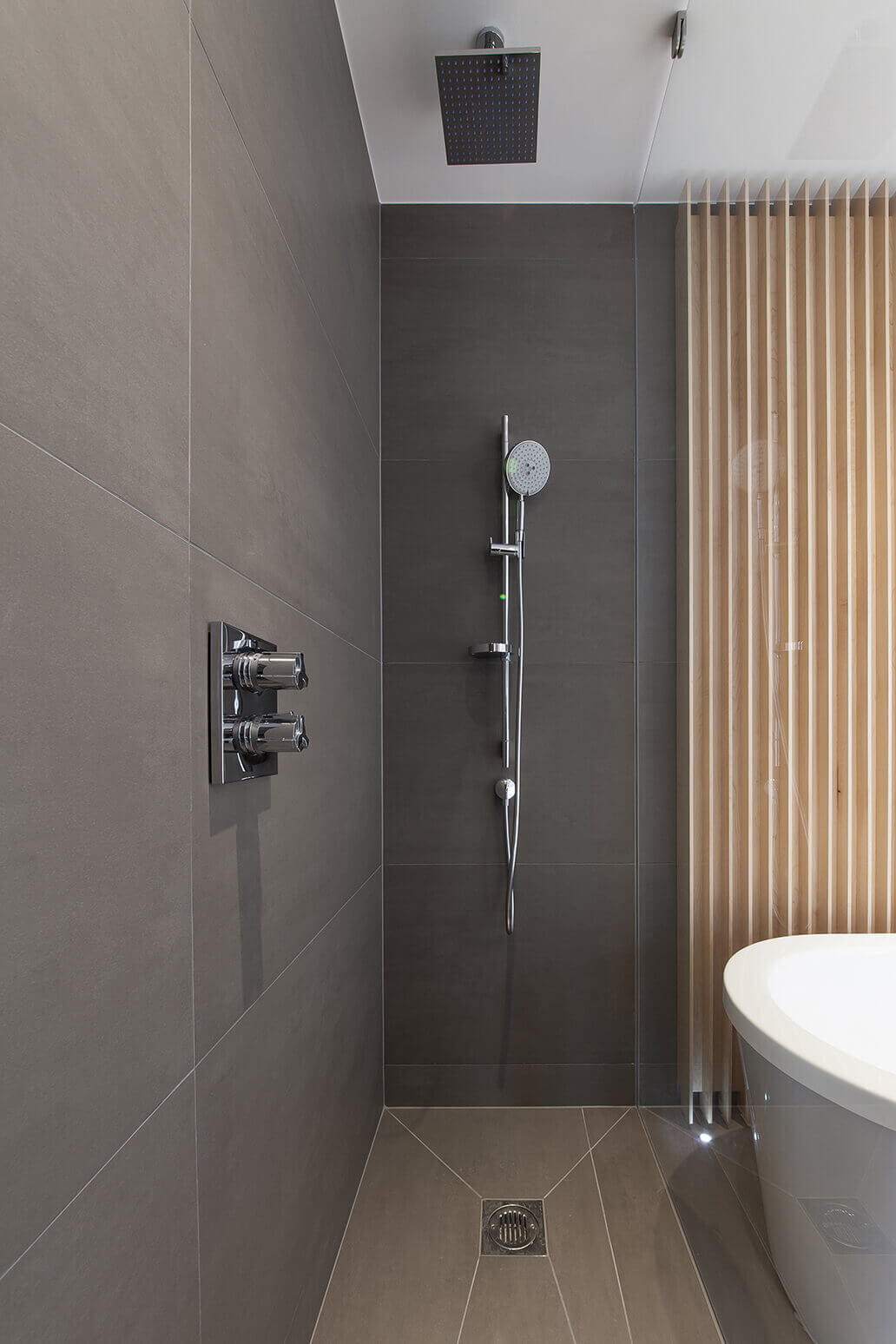 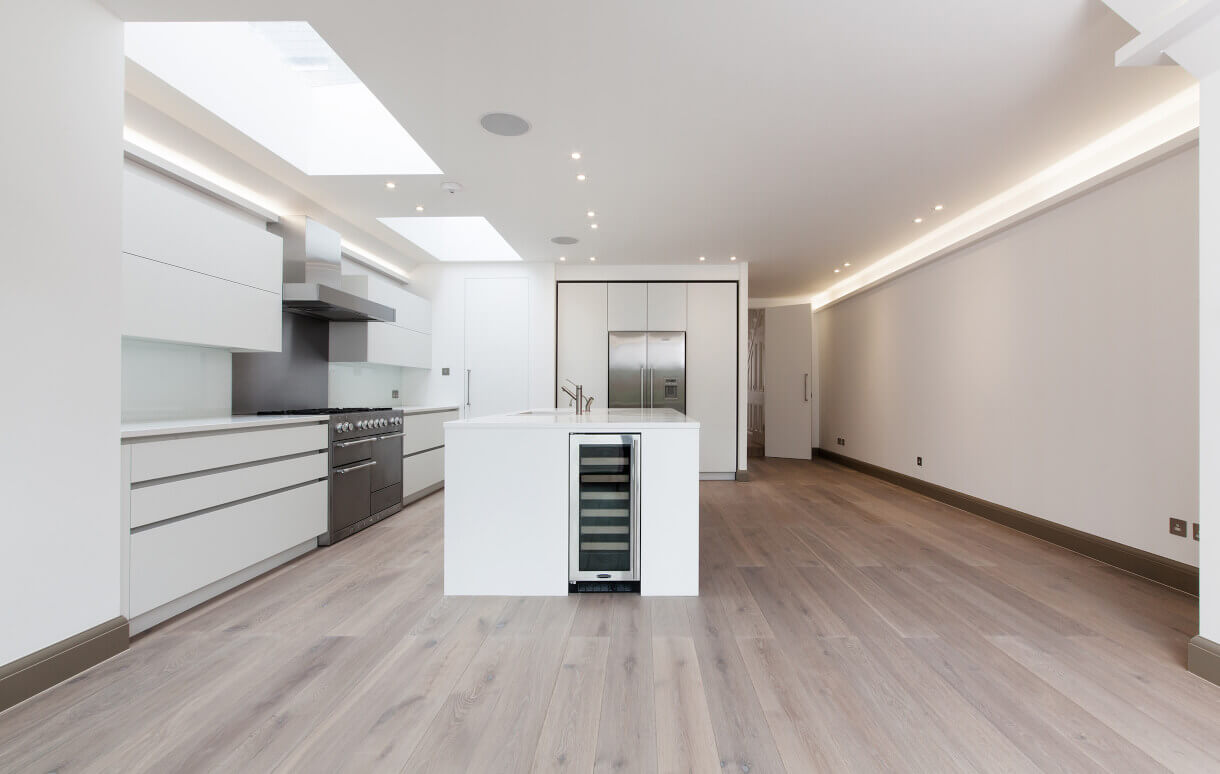 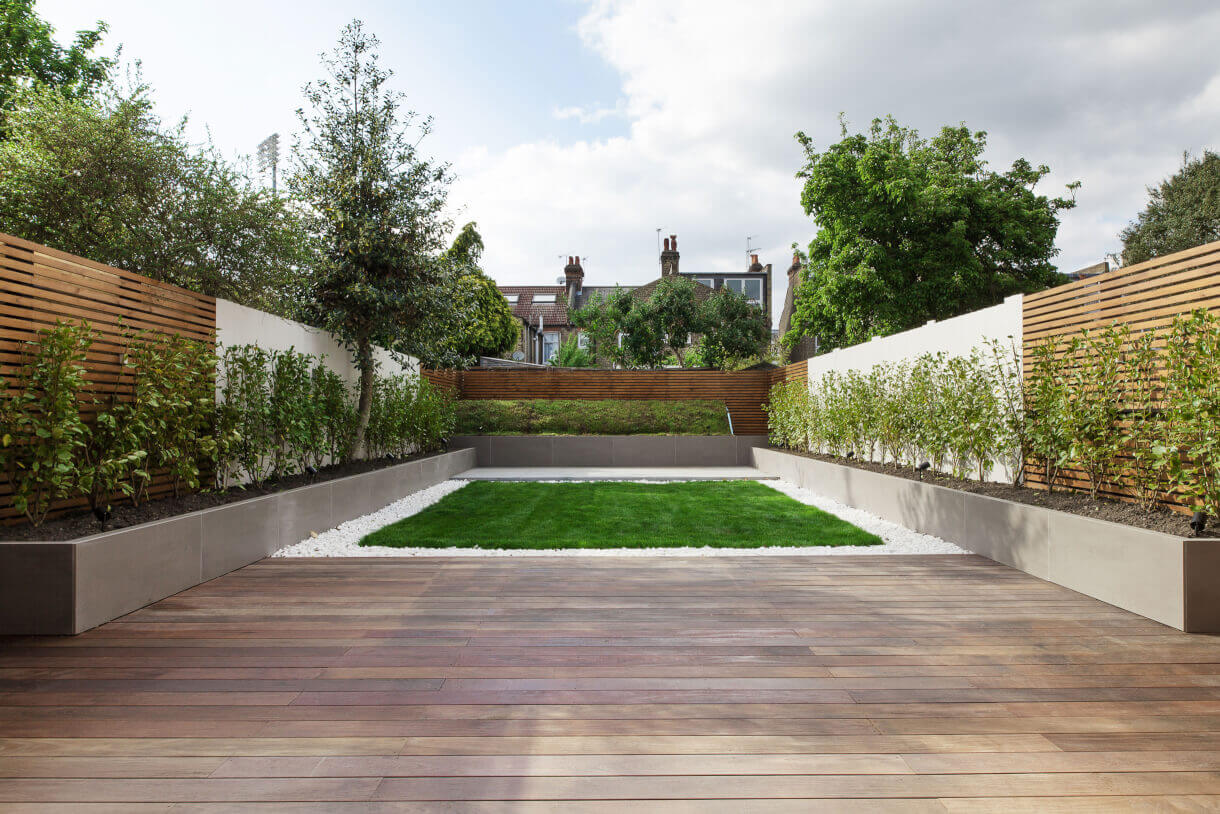 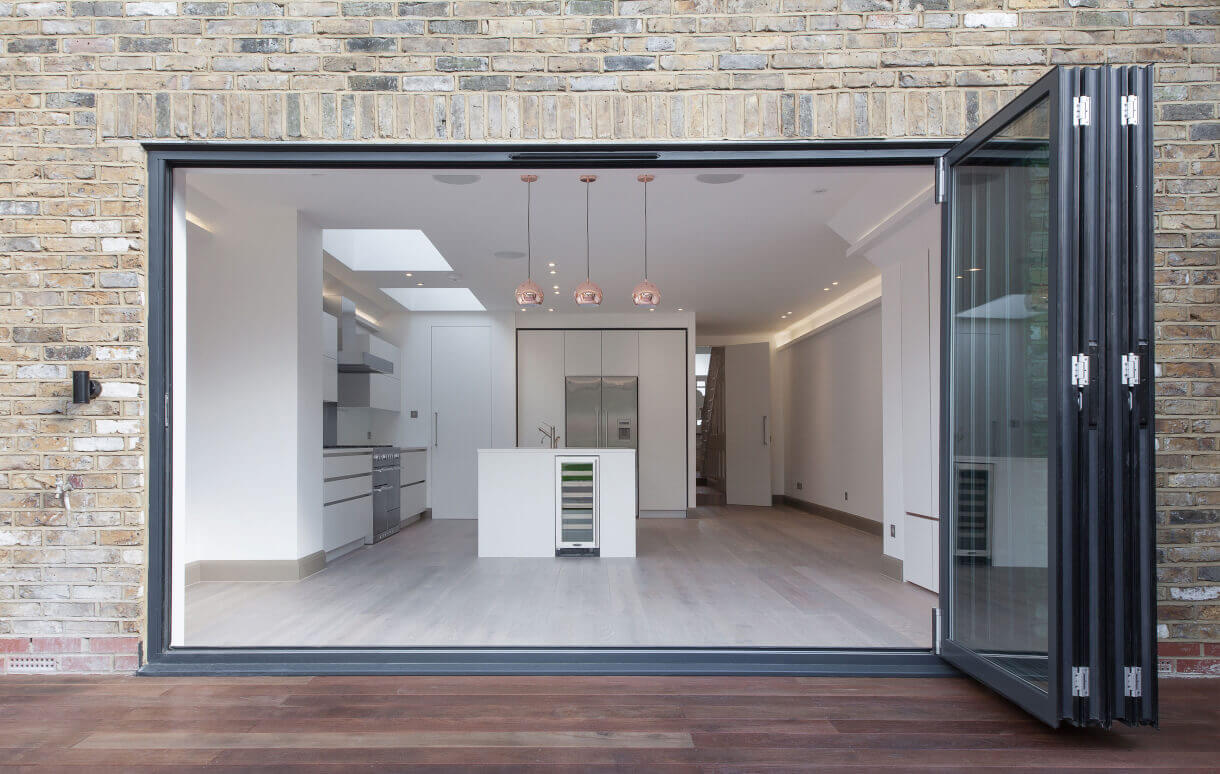